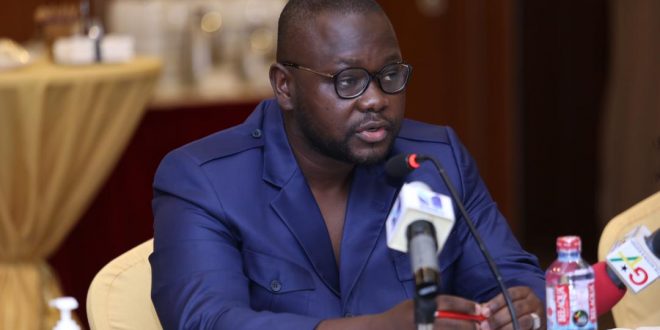 The Minister for Works and Housing, Francis Asenso-Boakye has apologized to Parliament’s Public Accounts Committee (PAC) over his failure to appear before it on Thursday, 24th June 2021.

Mr. Asenso-Boakye who appeared before the committee today [Friday, 25th June 2021] explained that he failed to show up at the Committee’s sitting because he had a cabinet meeting.

He said he had directed his Chief Director to communicate his unavailability to the committee, but the letter was not delivered on time.

“Yesterday was a cabinet day, so the day before that, I had told my Chief Director to write to you to request that it be postponed, but unfortunately it appears there was misinformation and his letter could not reach you in time.”

“It was later that I heard on the radio that the letter could not get to you in time. I just want to express my apologies that we did not intend to disrespect this August committee. I will be the last person to show any form of disrespect to this committee.”

The Public Accounts Committee had surcharged the ministries of Works and Housing and Roads and Highways for failing to appear before it on Thursday.

The two ministries are to be surcharged with the cost of organising the hearing, as they failed to appear before the Committee, which has begun its annual public hearings to consider financial activities of the various Ministries, Departments and Agencies (MDAs) for the financial year ending December 2017.

The Committee reminded erring institutions that Article 103 (6) grants the Committee, like any other Committee of Parliament, the powers, rights, and privileges of a High Court in relation to enforcing the attendance of witnesses and examining them on oath, affirmation, or otherwise.

The Chairman of PAC, James Klutse Avedzi reiterated that Standing Order 165 of Parliament assigns to the Public Accounts Committee the examination of the audited accounts showing the appropriation of funds granted by Parliament to the government.

According to him, aside from the Committee on Subsidiary Legislation, the PAC is the only Committee of the House chaired by a Member from the Minority side of the legislative body in order to deepen the mandate of the Committee in scrutinising properly, the audited accounts of government institutions.

The Committee is expected to complete its scheduled public sittings to examine the report of the Auditor-General on the public accounts of the various Ministries, Departments, and Agencies on Wednesday 30th June 2021.

Send your news stories to myghanamedia@gmail.com and Chat with us via WhatsApp on +233200818719