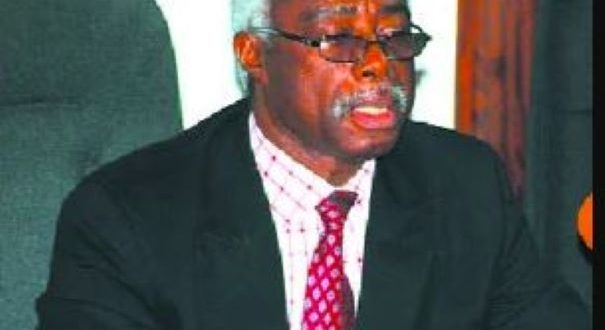 ‘If I See Akufo-Addo, I Will Tell Him: ‘Kweku, You Haven’t Done Well’ – Retired Court of Appeal Judge Says

Retired Court of Appeal judge, Justice Isaac Duose, has said President Nana Addo Dankwa Akufo-Addo, has performed badly as Ghana’s leader if he is to be measured by the yardstick he set for himself.

The government has admitted there are economic challenges, especially in recent times, with the increase in the price of general goods and services across the country but insists the Covid-19 pandemic and Russia-Ukraine are to be blame for the crisis.

But speaking in an exclusive interview with Class News’ Nii Marmah Boye, Justice Duose noted that the President must blame himself for the fingers being pointed at him and his administration.

See also  We Have Mollycoddled Corrupt  NDC Leaders For Long; We Must Start Jailing Them - Nana Oteatuoso Kokobeng II

Talking about the President’s performance in office so far, Justice Duose said: “Akufo-Addo, he is the cause of his own problem; he made too many promises, probably not knowing how he was going to fulfil those promises.”

In his view, “Ghana is a big country and our resources are very small, so, if you go about opening your mouth too big, you are bound to be measured by the yardstick you yourself have created.”

The retired judge said: “If you want to measure Akufo-Addo’s performance by the yardstick he himself has created, he has performed very badly,” adding: “If I see him, I will tell him: ‘Kweku, you haven’t done well’”.

Justice Duose stated that the President made too many promises during the election campaign and “I keep asking the voters: ‘Do you really believe some of the promises the political leaders make when they are on the platforms asking for your votes?” he quizzed.

Apart from the President’s performance, Justice Duose also said he blames the electorate for not properly evaluating the promises made to them by politicians.

“It’s not that if he says he can do it then we should vote for him, we have to really assess whether he has the capability of doing what he has promised to do,” he indicated.