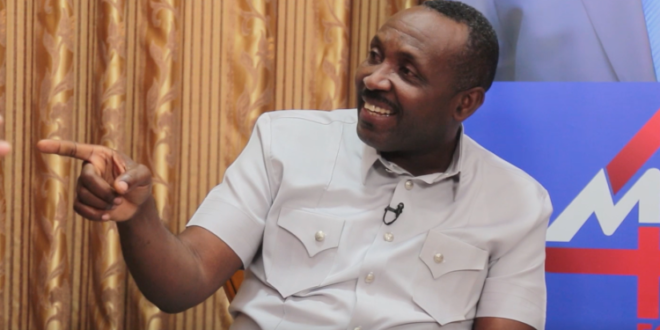 The General Secretary of the governing New Patriotic Party (NPP), Mr. John Boadu, says it will be in the best interest of the party to re-elect him ahead of the 2024 elections.

About five persons including John Boadu have so far hinted of their intentions to contest for the position.

But the incumbent General Secretary believes none of the aspirants measure up to his wealth of experience.

Speaking on Face to Face on Citi TV, Mr. John Boadu said it will be politically unwise for the delegates to sidestep him for another General Secretary, considering the worth of investment the NPP has made in him over the years.

Mr. Boadu also believes it will be suicidal for the NPP to sideline the only experienced hand they have onboard, especially when the party will be going into the 2024 general elections with a new Presidential Candidate, National Chairman, National Organizer, amongst others.

“I am a person who delivers. I was given the opportunity twice to help the party in power and I have done nothing less. I have done exactly that and even more excellently by restructuring the party. The NDC has been in opposition for long. They have experienced people in the game. The likes of Asiedu Nketia are all around and we can’t risk entering the race with inexperienced persons. From where I sit and per my records and experience, I am the best person for this position going to 2024.”