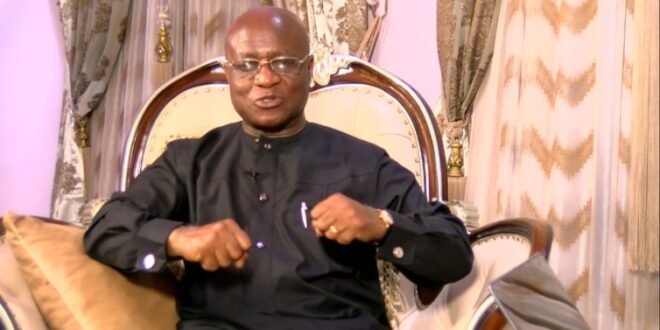 The Majority Leader and Minister  for Parliamentary Affairs , Osei Kyei-Mensah-Bonsu, has reacted to Member of Parliament for Tamale Central, Murtala Mohammed, who described him as a spare parts dealer.

He said even when the NDC was compiling the 1992 constitution, many groups from the informal sector were asked to contribute to the drafting of the constitution; therefore, being a spare parts dealer does not make one senseless.

“What exactly is he saying? Does he want to say you don’t have sense if you sell spare parts? When the NDC was drafting the constitution, wasn’t the GPRTU included? Drivers, fishermen, and farmers, among others, were called to the consultative assembly to share their ideas, don’t they know anything about the law?

“What’s funny is that Murtala is my good friend. I sold engine parts, and I’m very proud of that, even if I sold Sam paper, I’m very proud of that because Murtala is currently doing his PHD, and he wants to be called Dr Murtala if he completes school, he recently came to my office to discuss parliamentary practice, and I was with him for two hours, teaching him how to go about but what he said I didn’t take it as a big issue. This is a law issue,” he said in an interview with Okay FM.

The Member of Parliament for Tamale Central, Ibrahim Murtala Muhammed, criticised the majority leader for saying that the Speaker of Parliament does not understand the laws of Ghana.

According to the MP, the majority leader always wants to challenge the Speaker and has been attacking him needlessly.

See also  Gabby To Ghanaians: You Can’t Blame All Your Problems On Akufo-Addo

He added that Kyei-Mensah-Bonsu could not compare himself to Speaker Alban Bagbin when it comes to constitutional and legal matters.

“The majority leader has a penchant for attacking the person of the Speaker. And he does that all the time. Any opportunity he gets, he picks on the Speaker. He did that on the floor, the Speaker didn’t want to sink into the gutters, and the Speaker was very diplomatic.

It was based on the above comment that the majority leader said he is proud to be a spare part dealer.

I'm Adwenpa-Hene |Blogger & Broadcaster Journalist. I am the CEO and manager of this noble website. I publish on Entertainment, Sports, Politics, Lifestyle, and Technology. You can also follow Us on : YouTube Channel - My Ghana Media TV, Facebook - MyghanaMedia TV , Twitter - @MyGhanamedia2 & Instagram - My Ghana Media TV. Email Address: [email protected] Contact Us: 0200818719
@@MyGhanamedia2
Previous NPP MPs Should Defer As Independent Candidates If They Can’t Defend The Party – Former NPP Chairman
Next Open Letter To Akufo-Addo: Ghanaians Have Had Enough Of The Suffering; Resign Now!