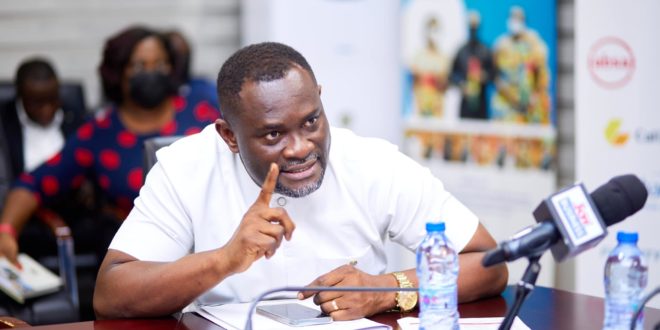 The Deputy Minister of Finance, John Ampontuah Kumah, has stated that political opponents who were sceptical about the International Monetary Fund (IMF) deal have been put to shame over the success achieved.

Ghana is set to receive the first tranche of about $3 billion bailout from the IMF by the first quarter of 2023 after it reached a Staff-Level Agreement on economic policies and reforms to be supported by a three-year arrangement under the Extended Credit Facility.

Speaking on Eyewitness News, the Deputy Finance Minister said, “of course achieving the Staff Level Agreement is not the ultimate, but it’s a very critical step towards getting programmes from the fund… Many people did not give Ghana the chance that, it will be possible within five to six months to be able to achieve Staff-Level Agreement in an IMF programme. On the whole, we just want to give thanks to the Lord for Ghana to achieve this at this level”.

Touching on government meeting the Prior Actions to get the IMF board’s approval, the Member of Parliament for the Ejisu constituency stated that, “we strongly believe that with the same spirit, cooperation and working together, we will be able to achieve that within a record time”.

He also used the opportunity to rubbish claims that there were not many consultations on the Debt Exchange Programme between government and stakeholders, adding that immediate bondholders have been consulted.

“We have to clarify this issue of stakeholder engagement. Let me state categorically that, all direct institutional bondholders were firmly engaged and consulted in the process. But we could not exhaust the indirect beneficiaries, like the Unions who are not direct bondholders. And of course, we couldn’t have exhausted all interested parties. Even though government has announced the programme, we are still engaging unions and interested stakeholders who are not direct bondholders, and of course beneficiaries of such schemes,” Mr. Kumah said on Eyewitness News.