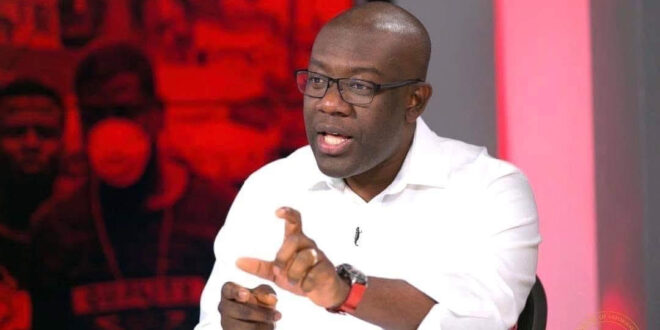 The Ghana’s Information Minister,  Kojo Oppong Nkrumah has said intelligence reports suggest that some Ghanaians have been involved in terrorist attacks in the Sahelian region.

What this signals is that there has been the possible recruitment of Ghanaians by some of these terrorist groups in the West African sub region, he said.

Addressing a press conference in Accra on Sunday May 22, the Ofoase Ayrebi lawmaker said “Government is announcing that it has put its security and intelligence agencies on increased awareness following the increasing number of terror threats and terror attacks and some worrisome intelligence reports that are closer to our borders.

“You would have observed, by now, that the West Africa region is in recent weeks inundated with attacks by extremist elements, some of which have occurred as closed as 50kilometers to Ghana’s northern frontiers.

“As recently as the 11th of May 2022 in Togo, about 10 military persons died as a result of one such terror attack. Increasingly, intelligence reports suggest that some Ghanaians have been involved in terrorist’s attacks in the Sahelian region. What this signals is that there has been the possible recruitment of Ghanaians by some of these terrorist groups in the West African sub region.

“The Ministry of National Security has authroiused am increased level of awareness among the intelligence community and seeks to deepen engagement with the Ghanaian public in line with contemporary security practice.”

The National Security said measures have been instituted in order to forestall these attacks however, the churches must also be on alert.

The measures instituted include installation of Closed-Circuit Televisions (CCTVs) in churches, as well as engaging the services of accredited private security agencies.

“In view of the growing threats of terrorism from the subregion and the expansionist drive of terrorist groups towards Coastal West African states, with a renewed modus operandi of targeting public gatherings including places of worship, it is imperative that precautional measures are taken by all stakeholders,” a statement issued on Friday May 13 said.

It is recalled that a report released by the West Africa Centre for Counter Extremism (WACCE) released recently said Ghana has managed so far to stay safe from terrorist attacks on home soil, yet the country has been so close to terrorism.