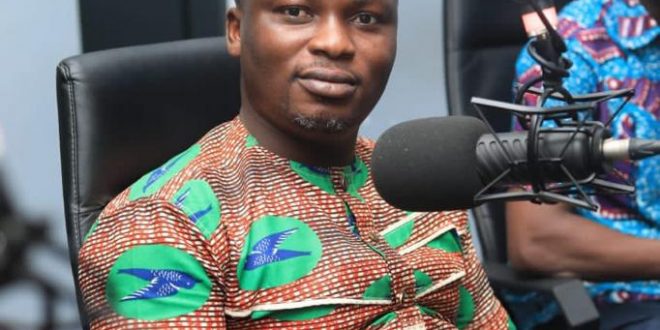 The General Secretary of Kumasi Youth Association (KuYA), Kwabena Frimpong, has opened a can of worms on the members of the opposition National Democratic Congress (NDC) for unintelligently criticising the speech delivered by the Asantehene, Otumfuo Osei Tutu II during the celebration of his Gold Coin.

According to the outspoken and assertive Youth leader, the Minority in Parliament, especially Okudzeto Ablakwa,Mubarak Mohammed Muntaka,  got it wrong for criticising His Majesty, Otumfuo Osei Tutu II.

He further reiterated that only people who don’t read or want to serve their political baloney will misconstrue what the occupant of the Golden Stool said.

Responding to the gross irresponsible comment from the North Tongu, Asawase, et al Legislators on Opemsuo 104.7fm morning show, he said,” I believe that the Minority including Okudzeto Ablakwa, Mubarak Mohammed Muntaka and others criticising it, they didn’t take time to read or analyse the speech of Asantehene. It is either they deliberately speak or criticise to serve their parochialism because what Otumfuo said is right and fair.”

He continued, “Most of the things Otumfuo Osei Tutu II touched on, chunk of it even go against the ruling New Patriotic Party (NPP), unless you don’t learn, or you’re unintelligent to know this.”
“What they are doing is a clear indication of the preoccupation that, these people hate anything Asante.”

Otumfuo Osei Tutu II delivering his speech at the Commemorative Gold Coin held at the Manhyia Palace underscored that, Government must have the humility to acknowledge and embrace the useful inputs from all sources, but representatives need to bear in mind that it is not their role to either determine policy of to frustrate the Executive from performing their legitimate duties.

However, Member of Parliament for the North Tongu, Samuel Okudzeto Ablakwa, misconstrued what the Asantehene said and defended minority for their actions on his Social media handles.

“We elect people to represent us to make sure there is some equilibrium in what governments do. It is to our good that our representatives in Parliament subject the national budget to the most rigorous scrutiny and to call for changes.”

“Parliament exist in a democracy as a countervailing force to keep the executive in check and curb impunity. When other MPs exercised their oversight mandate in the past, they were hailed as nationalists; those who do the same now must not be cast in a different light. Good conscience, genuine feedback from our constituents and the supreme national interest shall continue to be our raison d’etre”.