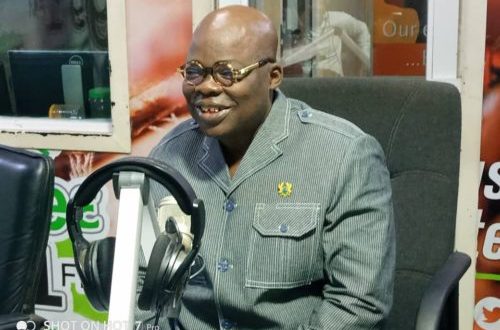 THE HEAD of Transport at the Presidency (Jubilee House), Nana Oppong, has been sacked, reports suggest.

According to insiders at the presidency, he lost his job following allegations that he was involved in some malfeasance.

What exactly led to Nana Oppong’s unexpected sack from the presidency are scanty, but numerous sources have confirmed that indeed he was sacked from his office few days ago and has already been given his sack letter.

They also alleged that Nana Oppong was involved in issues that had the tendency to dent the image of his office and the presidency in general.

They said that even though Nana Oppong, naturally, is disappointed, he has so far accepted his sack in good faith and moved out.

Nana Oppong was a vibrant member of the New Patriotic Party (NPP) in the Ashanti Region, especially when the NPP was in opposition.

He was also a staunch supporter of President Akufo-Addo, whom he supported actively to become president.

Nana Oppong has in-depth knowledge about transport and vehicles, having work on car and spare parts at the Suame Magazine in Kumasi for years.

It therefore did not surprise many when he was appointed as the head of transport at the presidency after NPP won power in 2016.

I'm Adwenpa-Hene |Blogger & Broadcaster Journalist. I am the CEO and manager of this noble website. I publish on Entertainment, Sports, Politics, Lifestyle, and Technology. You can also follow Us on : YouTube Channel - My Ghana Media TV, Facebook - MyghanaMedia TV , Twitter - @MyGhanamedia2 & Instagram - My Ghana Media TV. Email Address: [email protected] Contact Us: 0200818719
@@MyGhanamedia2
Previous The Returned Bribe: Full Story With Video Documentary
Next Government To Spend ¢1.5bn To End Double-Track System By 2024