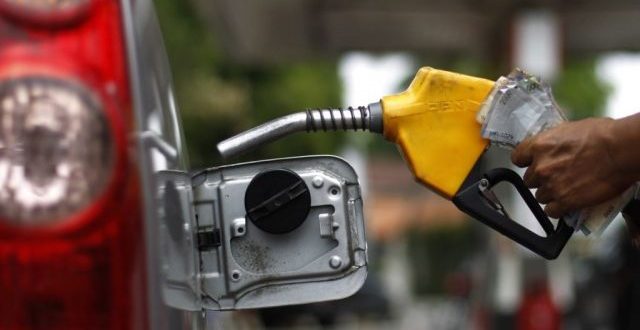 The Chairman of Parliament’s Committee on Transport has revealed that GOIL is expected to reduce fuel prices by 15 pesewas per litre.

According to Kennedy Osei Nyarko, the government took this decision in response to the demands of commercial drivers who embarked on a sit-down strike over hikes in fuel prices.

Speaking on PM Express Monday, Mr Nyarko was hopeful that the move will force other Oil Marketing Companies (OMCs) to also reduce their prices.

Government’s directive follows a marathon meeting with the transport operators at the Presidency which lasted for about 4 hours.

The Ghana Private Roads and Transport Union (GPRTU) wants the government to scrap some taxes on petroleum products in order for fuel prices to be reduced at the pumps.

The appeal to scrap the taxes on petroleum products is estimated to reduce fuel prices by 25.44 percentage points; bearing in mind that fuel prices, between January and December 2021, have witnessed an astronomical rise of 39.92 percent.

Their demands appeared not to have been satisfied in the 2022 Budget currently under consideration in Parliament.

The agitated drivers went on to lay down their tools, leaving many commuters who use public transport to and from their various destinations stranded.

After failed attempts to secure a vehicle, some commuters say they were left with no other alternative than to stay off work.

In a move to quell the situation, the transport operators suspended their industrial action at the behest of the government in order for a negotiation to take place.

The GPRTU spokesperson, Abass Imoro also revealed to Evans Mensah that the government promised to remove some petroleum taxes in the 2022 mid-year budget.

These outcomes from the meeting the Unions have welcomed and appealed to the government to keep to its end of the bargain to bring relief to both commercial drivers and commuters.