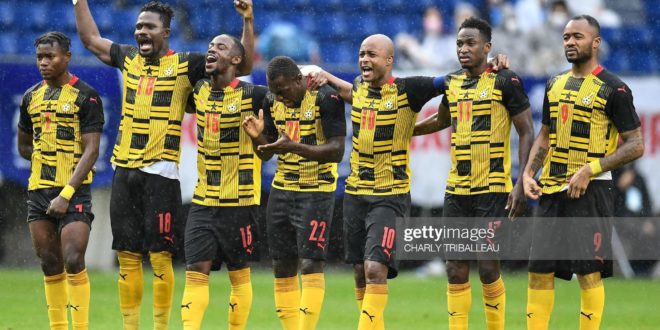 Black Stars ended the game with nine players as Alidu Seidu and Mubarak Wakaso were controversially sent off in the second half.

With a two-man advantage, Chile couldn’t break down a tenacious Ghana defence, and in the penalty shootout, they missed three, two of which were saved by Belgium-based Nurudeen.

Jordan Ayew, Mohammed Kudus, and Fatawu Issahaku all scored from 12 yards to help the Black Stars win the shootout 3-1.

After last Friday’s 4-1 loss to Japan, Otto Addo asked his players to improve, and they did so on Tuesday, with the Black Stars putting up a valiant performance against the South Americans.

In the first half, the Black Stars created little, but in the second half, they came close to scoring in the early stages. Benjamin Tetteh hit the crossbar with a brilliant strike, then hit the post with a header.

Ghana were dealt a blow when Alidu Seidu was sent off in the 68th minute for a reckless challenge, and Mubarak Wakaso was sent off 10 minutes later after receiving a second yellow card.

Chile took control of the game in the closing stages and applied pressure to Ghana’s defence, but they were unable to find a way through.

In added time, Kudus’ brilliant effort was saved by the Chilean goalkeeper, denying the midfielder a stunning winner.

Watch the Penalties video below: