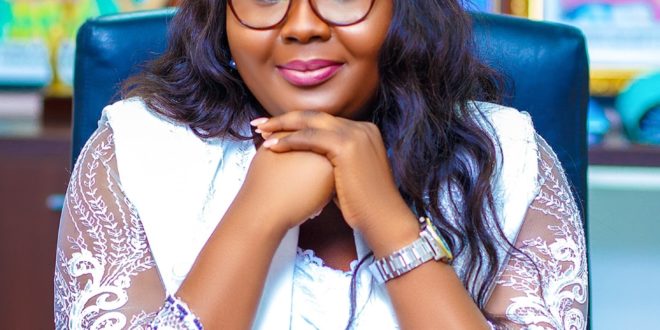 The Deputy Minister for Gender and Social Protection nominee, Francisca Oteng-Mensah has denied allegation of conflict of interest levelled against her in the procurement of sanitisers during the peak of Covid-19 pandemic.

The Kwabre East MP was accused of using her influence as the Board Chairperson of the National Youth Authority (NYA) in 2020 to lead the board in approving the procurement of sanitisers from a company in which she is a director and shareholder.

Ms Oteng-Mensah was alleged to have supervised the board to pay GH¢700,000 to Adonko Company – a subsidiary of the Angel Group of Companies which manufactured hand sanitisers at the onset of Covid-19.

The Commission on Human Rights and Administrative Justice (CHRAJ) is currently investigating allegations of conflict of interest against the Deputy Gender Minister-designate.

However, appearing before the Appointment Committee of Parliament on Thursday, Ms. Oteng-Mensah said she is not guilty of the allegations of conflict of interest made against her.

According to her, she did not have any idea that the NYA Board was working towards purchasing sanitisers from Adonko Company.

Therefore, she hoped CHRAJ which is a competent body will clear her of any wrongdoing.

“As the Chairperson, I was not a member of the Entity Tender Committee and so I wasn’t on the committee at that time. Also, I had no idea they were purchasing from Adonko Company Limited at that time.

“It got to a time when we were at the peak of Covid-19 season. In fact, if we all recall, getting access to sanitisers was a huge challenge and so everybody including members of Parliament were struggling to go anywhere that they could get sanitisers to give to their people,” she told the Committee.

The Kwabre MP further explained that the Committee did not only procure sanitisers from Adonko Company Limited but from other companies as well.

“At that point, in that state of emergency, nothing of that sort came to me and so I find it difficult to accept that there is any conflict of interest. It was afterwards that I got to know that they even purchased some number of sanitisers from Adonko Company Limited. And they didn’t just purchase from Adonko Company Limited, per my checks, they also purchased from other companies,” she said.

Meanwhile, she admitted that her father is the owner of Adonko Company Limited and she is a shareholder.

“…it has to do with the fact that my father owns Adonko Company Limited and I’m also a shareholder of the company,” she told the Committee.

What led to the allegation

A resident of Nima in Accra, Ismail Mohammed, on January 21, 2021, therefore, petitioned the anti-graft institution to look into the conduct of the MP, insisting the NYA’s ¢3 million expenses on a Covid-19 campaign in 2020 had elements of impropriety.

The NYA board’s approval of the expenditure on March 31, 2020, came at a time the country had recorded more than 150 cases of COVID-19 and was girding its loins to confront the pandemic.

Fourteen out of the 15 board members of the institution were in the Zoom meeting to approve the amount. That meeting had the board chairperson, Francisca Oteng Mensah; the CEO, Sylvester Tetteh; and a Deputy Executive Director of the National Service Secretariat, Henry Nana Boakye, in attendance.

Minutes of the board’s virtual meeting on that day show the CEO presented management’s proposal for GH₵3 million for a campaign to support the government’s fight against COVID-19.

This paved the way for the Board Chairperson to call for a voice vote on the matter.

“Majority of the members voted for the approval of ¢3 million for management to undertake various activities towards the fight against Covid-19, with no indication of dissension,” the minutes said.

However, a member of the board, Emmanuel Yao Dormenya, suggested that “management should submit a budget to the finance committee for scrutiny.”

Ms Oteng-Mensah shot the idea down.

“The Chairman in view of the exigency of the request directed the CEO to present regular updates on the activities on the board’s page and a comprehensive report to the board on the outcomes of the lined-up activities under the programme during the subsequent meeting,” the board minutes indicated.

The petitioner alleged that by superintending the meeting to approve the Covid-19 campaign, Ms Oteng-Mensah had violated Article 284 of the 1992 Constitution and Section 7 of the NYA Act.