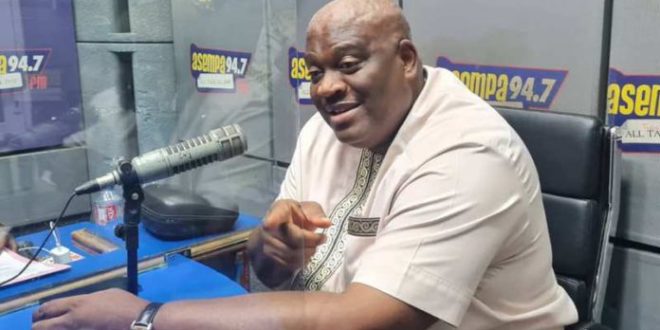 A 61-year-old retired computer programmer, who slapped the Greater Accra Regional Minister, Henry Quartey, in traffic, after threatening to kill him, has been granted bail by an Accra Circuit Court.

Nii Odoi Kwao II a.k.a. Robert Koomson was granted bail in the sum of GH₵50,000 with three sureties who are family members.

This was after the accused person had been remanded for six days by the court.

Charged with causing road obstruction, threat of death, assault on public officer and offensive conduct conducive to the breach of the peace, Koomson, a family head of the Minister, has pleaded not guilty.

Meanwhile, the court, presided over by Samuel Bright Acquah, has stressed the need for the Minister’s security to be changed, following the alleged slap.

Prosecution, led by Assistant Superintendent of Police (ASP) Evans Kesse, earlier on narrated that the complainant in the case was a police officer stationed at VVIP.

The prosecution said on December 8, at about 1:10 pm, the Minister, Henry Quartey, together with his security details visited Osu.

It said on reaching a section of the road at Osu, the Minister observed that the accused person had blocked the road with his KIA Bongo with registration number GM 129- 17, preventing the Regional Minister and road users from accessing the road.

The prosecution said the complainant signaled the accused to give way to the Regional Minister and other road users, but the accused refused to move his vehicle and retorted that “Nobody can access the road unless he finishes with what he was doing.”

It said the action of the accused person created heavy traffic jam on that stretch of the road.

The prosecution said the accused person got angry and rained insults on the Regional Minister, that he was a thief and he had stolen state money and was moving freely.

It said accused abandoned his KIA Bongo in the middle of the road, blocked the road and removed the ignition key and kept same in his pocket, rushed on the Regional Minister, and slapped him.

The prosecution said the security detail of the Regional Minister swiftly arrested the accused person and handed him over to the Regional CID, Accra.

It said during investigations, the accused person admitted the offence in his caution statement.

I'm Adwenpa-Hene |Blogger & Broadcaster Journalist. I am the CEO and manager of this noble website. I publish on Entertainment, Sports, Politics, Lifestyle, and Technology. You can also follow Us on : YouTube Channel - My Ghana Media TV, Facebook - MyghanaMedia TV , Twitter - @MyGhanamedia2 & Instagram - My Ghana Media TV. Email Address: [email protected] Contact Us: 0200818719
@@MyGhanamedia2
Previous Central Region: ‘Trotro’ Driver And Mate Beat Policeman, Drag Him On The Floor
Next Asantehene To Summon Chiefs Whose Lands Have Been Invaded By ‘Galamseyers’