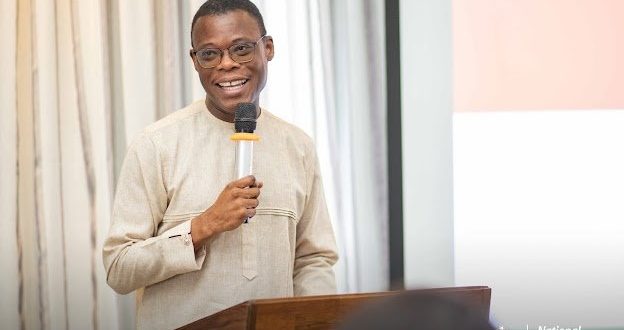 The General Secretary of the National Democratic Congress (NDC), Fifi Fiavi Kwetey has emphatically stated that the party will not reverse the decision to change its parliamentary leadership.

Mr Kwetey has also dismissed claims that consultations were not held before the party decided to change its leadership in Parliament.

Justifying the party’s decision on Eyewitness News on Tuesday, January 24, Mr Kwetey said all the key party members were consulted before the decision to change the minority leader, Haruna Iddrisu and his deputy, James Klutse Avedzi.

Several NDC MPs including MP for Bolgatanga East, Dominic Ayine and Tamale Central MP, Murtala Muhammed have described the leadership changes as undemocratic and deeply worrying since no consultations were held with the Minority caucus.

The former Majority Leader, Cletus Avoka has called on the party to immediately reverse the decision, describing it as unpopular and unfortunate.

Some NDC party supporters in Tamale South have also given the party a 24-hour ultimatum to rescind the decision or face their wrath.

But Fifi Kwetey in response said the decision has been taken and will not be reversed. He said the party will proceed with the leadership changes when Parliament resumes in February.

He added that the party only had to inform Haruna Iddrisu of the decision and not consult him on his removal.

See also  Prince David Osei To Akufo-Addo: We Will Protest Against You If Things Don’t Change By December

The NDC in a letter to the Speaker of Parliament, Alban Bagbin, on Tuesday, January 24, stated that it had decided to replace Minority Leader Haruna Iddrisu with Dr. Cassiel Ato Forson.

Other changes include Emmanuel Armah-Kofi Buah, MP for Ellembelle who has been brought in to replace Ketu North MP, James Klutse Avedzi as the Deputy Minority Leader while Kwame Governs Agbodza has also replaced Asawase MP, Muntaka Mubarak as the Minority Chief Whip.

Ahmed Ibrahim and Comfort Doyoe-Ghansah have, however, maintained their positions as First and Second deputy Whips respectively.

I'm Adwenpa-Hene |Blogger & Broadcaster Journalist. I am the CEO and manager of this noble website. I publish on Entertainment, Sports, Politics, Lifestyle, and Technology. You can also follow Us on : YouTube Channel - My Ghana Media TV, Facebook - MyghanaMedia TV , Twitter - @MyGhanamedia2 & Instagram - My Ghana Media TV. Email Address: [email protected] Contact Us: 0200818719
@@MyGhanamedia2
Previous Alan Kyerematen To Clergy: ‘Politics And Religion Are Two Sides Of The Same Coin’
Next Fiifi Kwetey Rubbishes Claims Of No Consultation Over Shake-up In Minority leadership