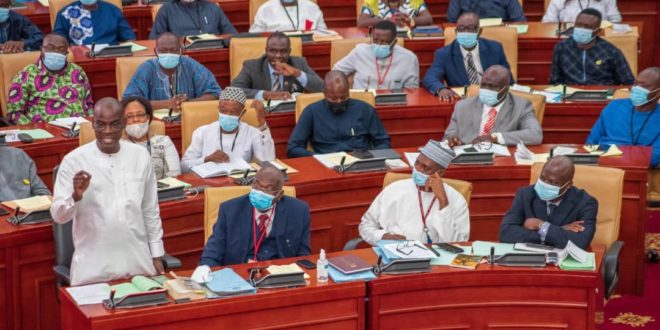 The minority in parliament has once again chastised the NCA and the Communications Minister Ursula Owusu Ekuful over the handling of the SIM card re-registration exercise.

The NCA has now withdrawn its directive to telcos for the blocking of unregistered SIM cards which affected even some registered subscribers.

Addressing the media in parliament, minority leader Haruna Iddrisu asked President Akufo-Addo to call the communications minister and the NCA to order in respect of the development.

The Tamale South MP further demanded answers on the self-registration App deployed by the ministry for the exercise at a 5 cedi fee. According to him, such charges are illegal.

“So we are interested in knowing this private player and why even shouldn’t the state benefit from the deployment of the application? and we’re asking that how did we get approval for this to happen? Is it that it was imposed on the Mobile Operators?

“So we’re probing who’s deploying this for what, and how come it is failing, who sanctioned the fees, where and when? because we know that parliament fees and charges come through us.”

Deputy ranking member for the communications committee Sam George for his part stated the class action against the NCA will continue despite the withdrawal of the SIM blocking directive by the NCA.

Spread the love The former Director of Communications of the governing New Patriotic Party (NPP), …