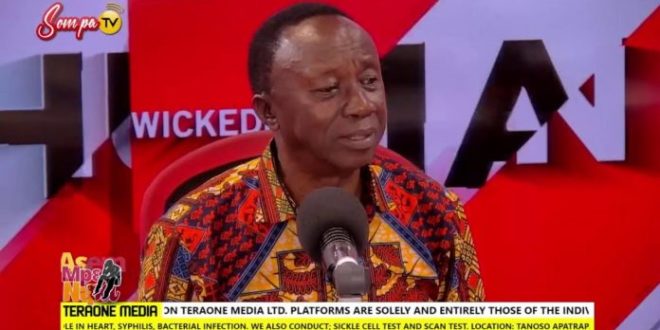 According to reports, the veteran media personality died in the wee hours of Saturday 17th September 2022 after he was admitted to the Manyhia Government Hospital – Kumasi.

He has for years thrilled listeners of radio in Kumasi with his rich history of the Asante culture popular cliches coined by him and finesse with the native language.

The former co-host of Otec FM’s morning show with Captain Smart between 2002 and 2004, joined Sompa FM this January after his resignation from Fox FM.

He once worked with Mercury FM and Kessben FM all in the Ashanti Regional capital, Kumasi.

He was hosting a religious and family show on Sompa FM before his demise.

He was also known as ‘Ketekyew Barima’.

His demise has reportedly been confirmed to the staff of his radio station in their WhatsApp group.

I'm Adwenpa-Hene |Blogger & Broadcaster Journalist. I am the CEO and manager of this noble website. I publish on Entertainment, Sports, Politics, Lifestyle, and Technology. You can also follow Us on : YouTube Channel - My Ghana Media TV, Facebook - MyghanaMedia TV , Twitter - @MyGhanamedia2 & Instagram - My Ghana Media TV. Email Address: myghana[email protected] Contact Us: 0200818719
@@MyGhanamedia2
Previous Sefwi Elubo Chief And Brother Arrested For Illegal Mining In Some Compound Houses
Next I Dare Ursula Owusu-Ekuful To Block SIM Cards On September 30 – Selorm Branttie