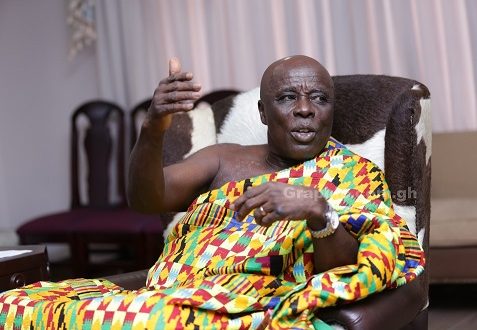 My Advice For Establishment Of University In Bunso Was Ignored – Okyenhene

The Okyenhene, Osagyefuo Amoatia Ofori Panin has said he initially advised former President John Mahama to establish the University of Environment and Sustainable Development in the Bunso area of the Eastern Region.

He said he had wanted the university to be established in Bunso – the centre of the region rather than Somanya, which is in the western part.

Speaking with Nana Yaa Mensah on Sunday Night on Asaase Radio, Osagyefuo Amoatia Ofori Panin said he had a discussion with a Korean ambassador who promised to help establish the university.

“I had a golf game with a Korean Ambassador a few years ago and I brought him to our college. My friend Sam Jonah and I convinced him that we needed help for the expansion of the university and he promised us that he is going to do something about it.”

He added, “So, we started talking to President Mahama and I told him that I know of the plan by his government to establish the Somanya university and I said to him, I’m not against it but here in the Eastern Region we have also established a university that’s dealing in agriculture and environment; and that it would be better to look at the issue of location.”

Osagyefuo Amoatia Ofori Panin wants the government to hand over the management of education to the local authorities.

According to him, education would be better managed by the local authorities than the central government.

“First of all education; people should take charge of their education. They should know what teachers are teaching them; what curriculum is going on and how their children establish a relationship with their teachers must start from the local level. The board of education in Kyebi will be responsible for managing education in this area and I can tell you, it will be much better than what the central government is doing.”

“I believe that teachers are a great asset to everybody and some of them will come and their responsibility and what they think they want to do is to be responsible to the central government. We want teachers who live here to see us as the managers or the owners of the education system and they will be more law-abiding.