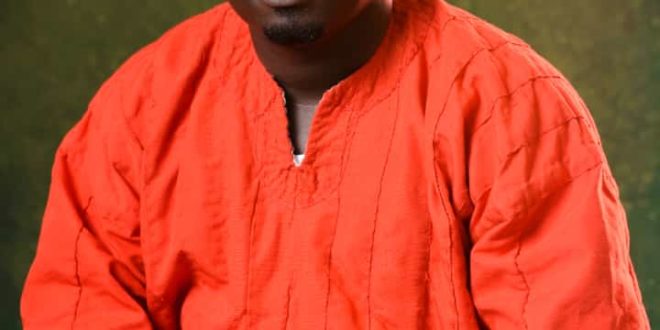 Aspiring Central Regional Youth Organizer on the ticket of the National Democratic Congress (NDC), Bright Botchway has proposed that his victory from the Region’s pending runoff Youth Organizer election when cemented will serve as a motivating factor to youths within the political party who aspire to soar higher in becoming great politicians some day to come.

Drawing biblical lessons from the gospel according to Matthew 19:26, the fine politician who’s affectionately referred in the political landscape to be B.B indicated that his previously amassed glories by way of victories chopped in his entirely contested elections, not forgetting the recent one which saw him ascertain the position of the Central Regional Deputy Youth Organizer have all come by way of the Lord’s doing and not by his might.

“My political experience amassed in my view has unveiled itself to be a testimony of the Lord’s love towards me and the vindication of His word.

On account that even the story behind my struggles in becoming the region’s Deputy Youth Organizer alone highlights what the scripture cites that; With men this seems impossible, but with God all things are possible [Matthew 19:26],” he extolled.

Mr. Bright Botchway made this statement at Winneba where he met some youths of the NDC in a brief meeting where he revealed to them his plans and visions for the party where he further added that his victory from the runoff when made possible will serve as a motivation to many young and upcoming politicians in the Umbrella Fraternity.

He further disclosed that his faith in God as a Christian has as well helped shape both his professional and political lives to heavily influence his vision for the transformation of the Central Region.

He, however, appealed to delegates to cast their votes in his favour in the forthcoming election which initially saw a tie-break of 25votes apiece.

I'm Adwenpa-Hene |Blogger & Broadcaster Journalist. I am the CEO and manager of this noble website. I publish on Entertainment, Sports, Politics, Lifestyle, and Technology. You can also follow Us on : YouTube Channel - My Ghana Media TV, Facebook - MyghanaMedia TV , Twitter - @MyGhanamedia2 & Instagram - My Ghana Media TV. Email Address: [email protected] Contact Us: 0200818719
@@MyGhanamedia2
Previous Christian Council Sends Strong Message To Govt Over Debt Exchange Programme
Next ‘He Is A Gift To This Nation, Let’s Not Take It For Granted’ – Nsawam/Adoagyiri MP Projects Dr. Bawumia As Next President