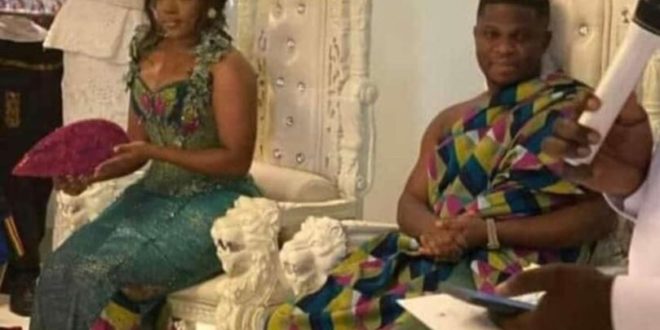 The National Communications Officer of the main opposition political party, the National Democratic Congress (NDC) is tying the knot today December 21, 2022 at a private ceremony.

Per information gathered, the marriage was earlier scheduled to take place late September but was postponed until after the NDC’s National Delegates’ Congress .

The move is to give the groom, a father of one pre joyful moment after his re-election as National Communications Officer.

A source at the ceremony said the marriage is strictly-by-invitation and a brief ceremony.

Though the name of his wife is yet to be made known, but unconfirmed report indicates that the woman is a sympathizer of the ruling government.