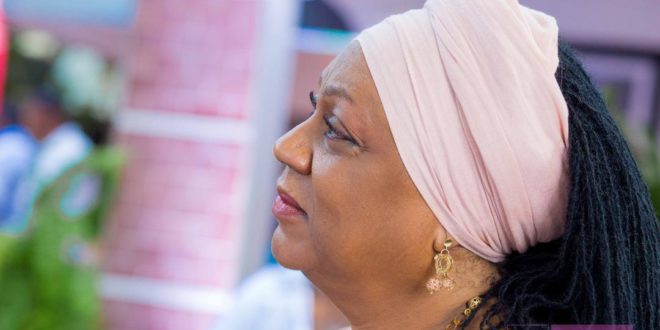 Her comment comes after the governing New Patriotic Party (NPP) dispelled reports that Mr Mahama has been denied his emoluments as an ex-president.

According to the NPP, they have evidence of correspondence between former President Mahama’s office and the Chief of Staff contradicting his claims that his emoluments were not being paid.

The NPP’s director of communication, Dr Richard Ahiagbah, at a press conference, said Mr Mahama is enjoying and has not been denied any of his article 71-guaranteed benefits.

But Dr Sawyerr says it is “blatant untruth for the Akufo-Addo government to say that they have been paying the rent for President John Mahama’s Cantonments office.”

“It is a brazen falsehood for Akufo-Addo’s government to say that they have been negotiating or engaging in talks with President John Mahama for an office for him,” she added in an article.

Citing what the Mahama administration did for President Kufuor when he left office, Dr Sawyerr said: “Ask Papa [President Kufour] if we ever disrespected him in this way.”

She explained that President Kufuor accepted an office, which the then Mahama-led government fully furnished.

“He [Kufuor] labelled it as his temporary office and directed that we get him a permanent office. He inspected the location for the permanent office himself and confirmed that he liked it,” Dr Sawyerr narrated in her write-up, adding, “he sent us architectural drawings and we built it from scratch to his specifications, despite a tight financial situation.”

She noted that when government officials put out falsehoods about the emoluments being enjoyed by Mr Mahama, “it provokes comparisons that disturb the well-deserved peace of our ex-presidents.”

She has, thus, challenged President Akufo-Addo’s Chief of Staff, Frema Osei-Opare, or any of her representatives to come up with “the so-called evidence that government pays for John Mahama’s office at Cantonments.”