Breaking News
Home / GENERAL NEWS / Netherlands-based Ghanaian: My Mother Gave Me Out To Traffickers To Become A Prostitute In Europe 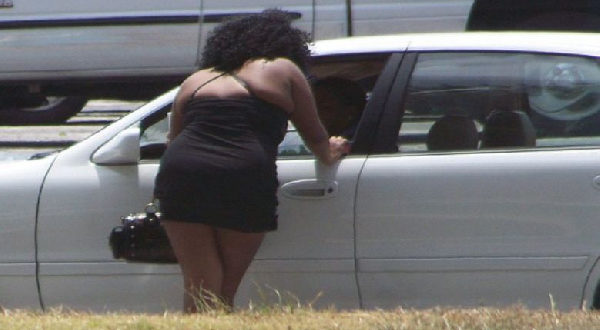 Netherlands-based Ghanaian: My Mother Gave Me Out To Traffickers To Become A Prostitute In Europe

Netherlands-based Ghanaian, Mavis, has asserted that her mother gave her out to sex traffickers who sent her to Europe to work.

In an interview on Daily Hustle Worldwide, Mavis shared her journey from Ghana through Ivory Coast to Europe.

According to her: “They asked me to bring two passport photos, and two weeks after, they called. We began our journey to Ivory Coast through Mali to Algeria and Europe. I still don’t know what agreement ensued between my mother and the people.

“When we got to Mali, I was not allowed to board the boat. So the trafficker put me in a taxi and told the driver to take me to the Algeria border to board a ship,” she narrated.

Mavis indicated that the trafficker told her to continue her journey to Madrid the following day.

“The trip from Algeciras to Madrid took three days. I was on a bus throughout without bathing. The whole journey from Ghana to Europe took two months. It was a deadly voyage, and I won’t advise anyone to take that route,” she told SVTV Africa.

Upon her arrival in Madrid, they moved to Belgium and finally settled in Groningen, where she stays presently.

“When we got to Groningen, they told me that the cost of my trip from Ghana to the Netherlands was $40k, but they will give me a discount because I am family. It came down to $10k. The woman told me that I could only sell my body to pay off such a debt,” she said.

“She left me on the street, and a 23-year-old boy offered to take me to his home. I did not flinch at all because I just wanted to go somewhere. He took me to school and taught me the lifestyle here,” she added.

Mavis stated that eventually, she got into a relationship with a man for three years, but broke up later on.