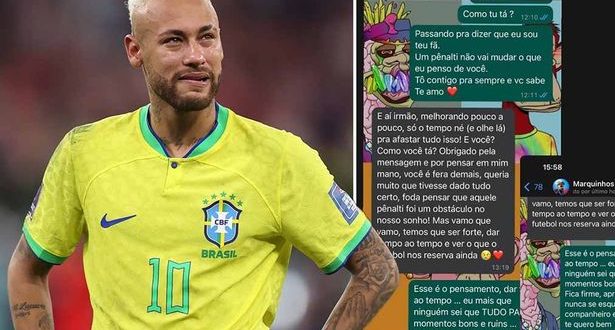 Neymar da Silva Santos Júnior, has shared WhatsApp conversations with several of his Brazil international teammates “without their permission” after the side’s World Cup exit.

The Paris Saint-Germain superstar has admitted he is thinking about quitting international football following his nation’s shattering exit from the World Cup at the hands of Croatia in Friday’s quarter-final matchup.

Neymar had scored for Tite’s side in extra time of the tense last-eight clash and had looked set to seal his side’s place in the semi-final of the competition. However, Croatia hit back as Bruno Petkovic levelled the score with four minutes remaining of extra time before they went on to win 4-2 in the penalty shootout to book a last-four clash against Argentina.

Now, Neymar has shared several of his WhatsApp conversations with his teammates on his social media streams. “I decided to expose (without their permission) the messages to see how much we wanted to win and how united we were,” Neymar wrote on his Instagram stories.

See also  2022 World Cup: Uruguay Score Quick-Fire Double Against Ghana But Miss Out On The Round Of 16

“These were some of the many messages I exchanged with the group. We are feeling very sad, but we have to be stronger to keep going and I am I’m sure that, with the support of all the fans, we’ll come back stronger. I’m Brazilian with a lot of pride, with a lot of love!”

In a screenshot of his conversation with Marquinhos, whose missed penalty against Croatia sealed Brazil’s fate, Neymar wrote: “A penalty will not change what I think of you.” To which Marquinhos replied: “I really wanted everything to go well. But you have to be strong, give it time and see what football has in store for us.”

In his talk with Thiago Silva, the PSG forward tells the defender that “I really wanted to give you this Cup.” The Chelsea defender’s response was blunt and sincere: “Brother, it’s more f***** up than I imagined, really. I can’t stand it. I can’t believe we lost. I can’t believe it. Every time I remember it makes me want to cry.”

Neymar also tried to lift the spirits of Rodrygo Goes, who also missed for Brazil during the penalty shootout and the PSG forward told him when apologising for his mistake: “I’m sorry… no. Are you crazy? Only those who hit the penalties miss them and you are an ace.”

Neymar was not one of the four Brazil penalty takers during the shootout defeat against Croatia and he was due to take his nation’s fifth penalty in the shootout, but the misses of Rodrygo and Marquinhos meant that it ended before Neymar’s turn. 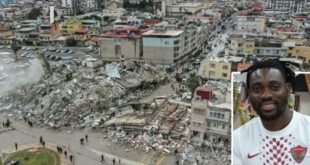 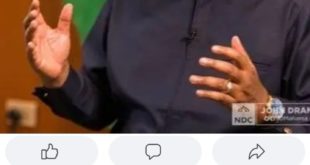