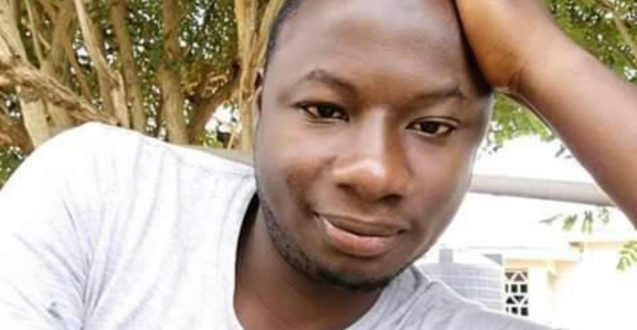 The Attorney General has told Parliament no docket has been built and presented to his office for prosecution since investigative journalist Ahmed Suale was murdered on January 6, 2019.

Godfred Yeboah Dame, however, said upon his appointment as Attorney-General and Minister for Justice, the Inspector-General of Police (IGP) paid a courtesy call on me on March 29, 2021.

“Being concerned about the failure to resolve this and other homicide cases, I enquired about the state of investigations into the same. I emphasised to the IGP and his team the need to conclude investigations for action to be taken as soon as practically possible,” he said.

The Attorney General was in Parliament to update legislators on high profile deaths, including that of the investigative journalist, former Mfantseman MP, Ekow Hayford; late Abuakwa North MP, J. B. Danquah Adu, as well as Prof. Emmanuel Benneh.

Mr Yeboah Dame said he was told the Criminal Investigations Department (CID) of the Ghana Police Service is currently analysing the information gathered from the mobile phone of slain journalist Ahmed Suale.

He said the mobile phones of the deceased were sent to the United States of America in February this year for unlocking and extracting information by Information Technology experts as part of investigations into his death.

American Regional Security Officer, Bill Peiler, successfully handed over the two iPhone 7 Plus and Huawei smartphones belonging to Ahmed Suale together with an external drive.

This contains the data extracted from the phones to the investigator.

The Attorney General disclosed that there were huge volumes of data comprising millions of documents, videos, audios, text and WhatsApp messages which are being analysed by a team from the Homicide and Cybercrime Units.

According to him, investigations on other aspects of the matter is also continuing stating progress is being made.

I'm Adwenpa-Hene |Blogger & Broadcaster Journalist. I am the CEO and manager of this noble website. I publish on Entertainment, Sports, Politics, Lifestyle, and Technology. You can also follow Us on : YouTube Channel - My Ghana Media TV, Facebook - MyghanaMedia TV , Twitter - @MyGhanamedia2 & Instagram - My Ghana Media TV. Email Address: [email protected] Contact Us: 0200818719
@@MyGhanamedia2
Previous Henry Quartey Demands Transfer Of Ayawaso Central Municipal Environmental Health Officer
Next Akufo-Addo Sets In Motion Probe To Determine If CJ Should Be Removed From Office