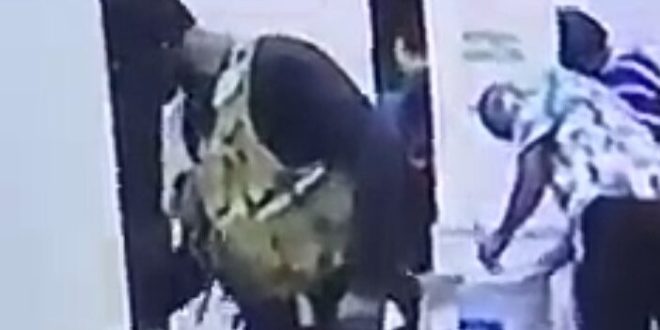 Two individuals who dressed like police officers and voted in the ongoing NPP Constituency Executive elections have been arrested, Starr News sources have said.

A footage of one of the suspects voting today sparked anger on social media.

A Security analyst Adam Bona in an interview with Starr News said that he was not surprised with the development.

“If you are a national security operative, the service regulation you are not supposed to do party politics. You are not to be seen voting at their so-called elections, campaigning and what have you.

“So it’s worrying seeing someone like that and it speaks directly to some of the things we have seen at Ayawaso West Wuogon and other locations where security officers have been involved in brutalities. Quite worrying but I am not surprised,” he added.

However, the NPP nation-wide constituency election has been characterized with some brutalities across the country.

In the Greater Accra Region, Okaikwei South Constituency election witnessed heated scuffle among the voters with the Police having a difficult time bringing the situation under control.

In the Tema East Constituency aspiring candidates complained they never had a voters album for them to effectively campaign.