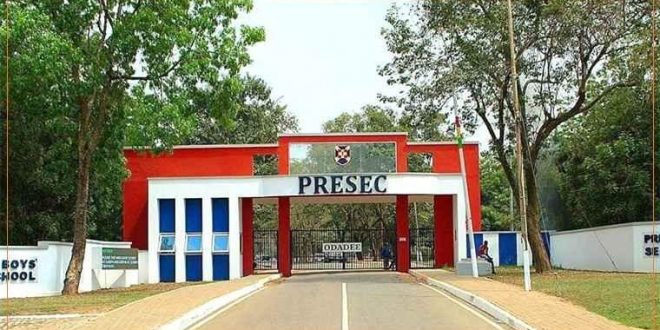 Organisers of the National Science and Maths Quiz (NSMQ), Primetime Limited, has urged the Presbyterian Boys’ Secondary School (Presec-Legon) to accept their defeat in the just ended national championship.

In a statement dated December 8, 2021, Primetime said the grand finale of the this year’s competition was fair and transparent, unlike claims being made by the Presec team and their alumni.

“Over the last 28 years, the NSMQ has provided educational and entertaining content, while promoting healthy academic rivalry. The competition offers an equal playing field to all schools, without discrimination or favouritism.”

“We would like to call on the dissatisfied old students and others who have taken to social media channels to insult and vilify Primetime, the NSMQ brand and the Quiz Mistress to put an immediate end to it,” the statement said.

The old students of the school revealed that they will petition Primetime over what they described as a “raw deal” during the competition’s finals.

In a statement on Wednesday, the Global President of the Ɔdadeɛ Alumni and Mentorship Centre, Dr Ernest Ofori Sarpong, said an investigation ought to be conducted to ascertain incidents that led to Presec being “given a raw deal”.

But Primetime Limited debunked the assertions, saying “this claim is totally false and only an attempt to detract attention from the champions and the highly successful production of this year’s NSMQ in Kumasi.”

“We would urge the team from PRESEC to learn to lose graciously and conduct themselves with honour, worthy of the only six-time champion of the National Science and Maths Quiz,” the statement stated.

Here is the statement from Primetime: