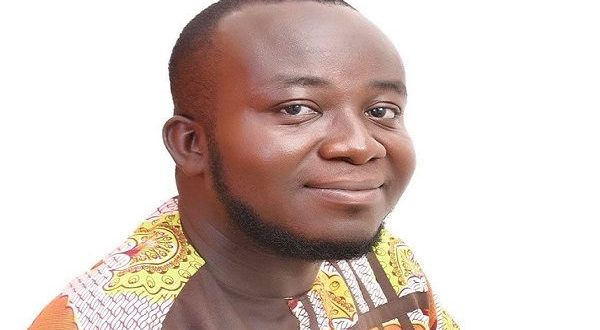 Death has laid its icy hands on another employee of the Despite Media Group.

The deceased, Emmanuel Atiemo, was with media giant Peace FM and served as an IT person.

He was the social media specialist responsible for the streaming of The Platform show hosted by Nana Yaw Kessi.

Until his demise, Atiemo was also an online publisher at Peacefmonline.com.

His death according to Nana Yaw Kessi, occurred Friday, December 9, after he had closed from work.

“…Last Friday, he closed from work as always, got home and spoke to those he had to speak to and that’s the end…,” he wrote on Facebook.

Though the cause of his death is not immediately known, Nana Yaw Kessi through his Facebook post propounded that he got to know Atiemo had a certain health challenge when he interviewed him for the Peace FM job.

“…It came to his turn for the interview, he showed up a bit late, when I asked, he told me he had to go to the hospital first before coming and after the interview, he had to go back to run few tests. That struck me to ask more personal questions. His answers were revealing to me, a Young man of his age?…,” grieved Nana Yaw Kessi disclosed in his lengthy writeup.

Here is how Atiemo’s colleagues and other personalities are reacting to the incident on social media: 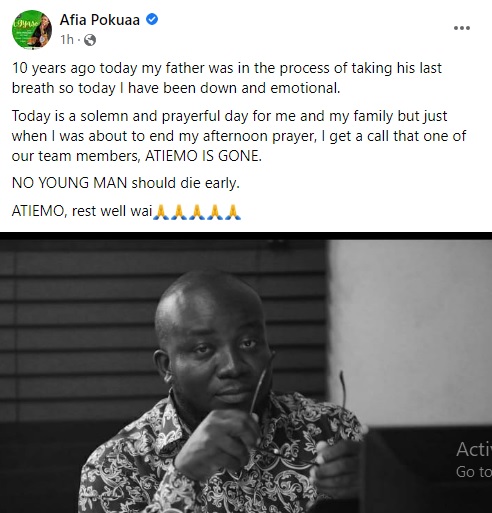 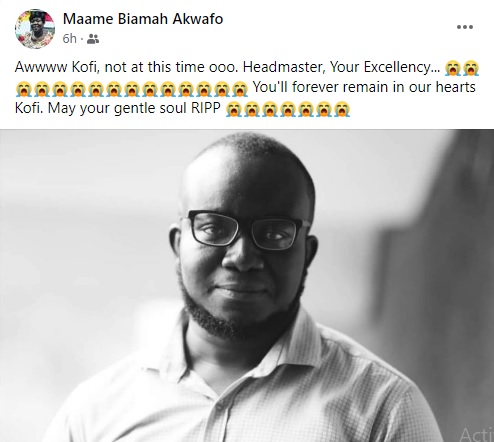 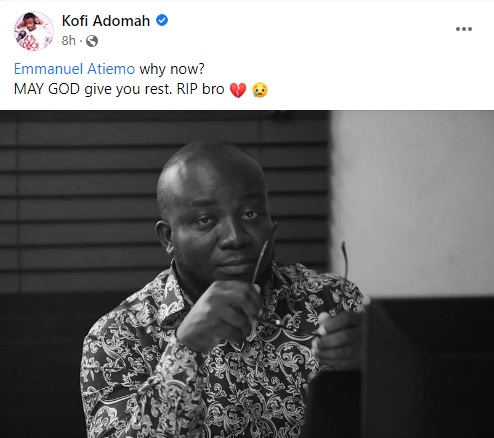 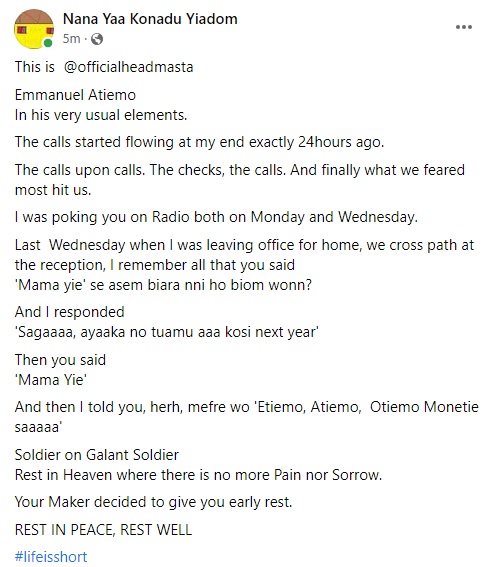 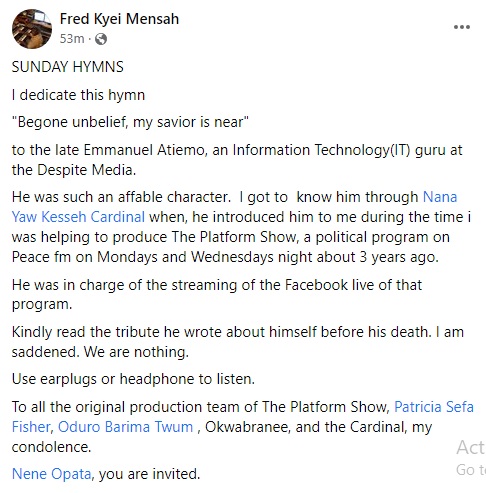 I'm Adwenpa-Hene |Blogger & Broadcaster Journalist. I am the CEO and manager of this noble website. I publish on Entertainment, Sports, Politics, Lifestyle, and Technology. You can also follow Us on : YouTube Channel - My Ghana Media TV, Facebook - MyghanaMedia TV , Twitter - @MyGhanamedia2 & Instagram - My Ghana Media TV. Email Address: [email protected] Contact Us: 0200818719
@@MyGhanamedia2
Previous Article: Why Alan Kyeremanten Is Best Personality To Lead The NPP
Next Video: Why The Bank of Ghana Granted Authorization For Otumfuo’s Commemorative Gold Coin – Dr. Addison Explains