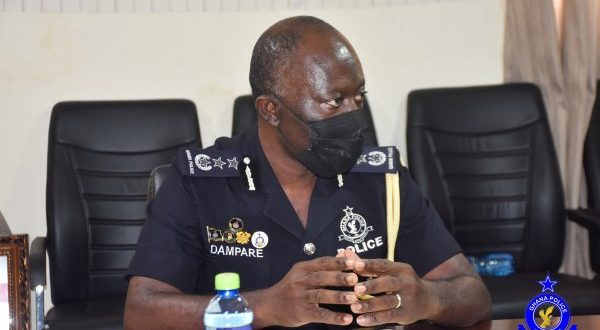 It has come to the attention of the Police Administration that yesterday, Monday, September 13, some journalists were prevented from entering the courtroom during the arraignment of the Head Pastor of the Glorious Word Power Ministries International, Reverend Isaac Owusu Bempah and three others.

The Police Service has assured journalists of maximum protection in the next court appearance of controversial Pastor Isaac Owusu-Bempah.

It comes after reports that some members of the media were heckled and shoved by some followers of the pastor who is standing trial for breach of public peace and offensive conduct.

In a statement, the Police apologized to the media and said it will investigate the reports and punish perpetrators. 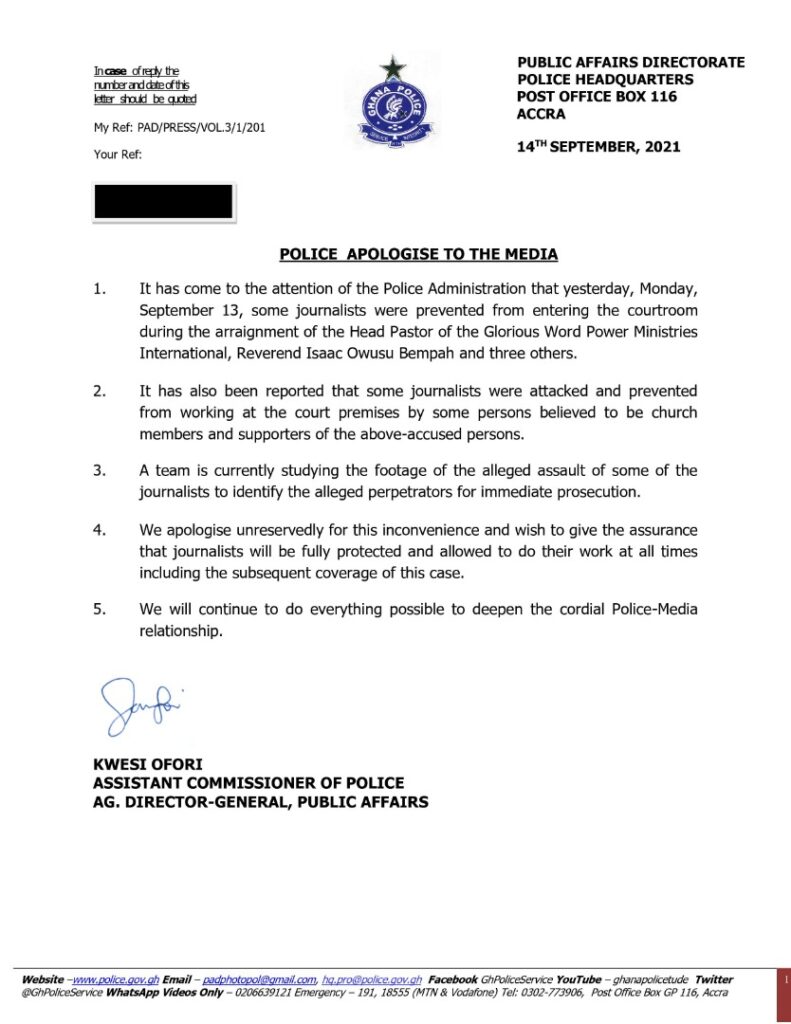 Rev Owusu-Bempah and four others Mensah Ofori, Michael Boateng, Frederick Ohene and Nathaniel Agyekum were together charged with six counts.

They have all pleaded not guilty to the charges pressed against them for threatening to kill Patricia Oduro Koranteng, popularly known as Nana Agradaa.

While Owusu Bempah and Mensah Ofori were charged with two counts of Offensive Conduct Conducive to the breach of peace and threat of death, the remaining three were also charged with assault on a public officer.

One other person is at large.

Their lawyers led by Lawyer Garry Nimako Marfo prayed for the accused persons to be granted bail, but the prosecution led by Chief Inspector Dennis Terkpetey opposed the bail.

It was the case of the prosecution that two of the police officers they assaulted are still on admission at the hospital.

The court presided over by Her Honour Afia Owusua Appiah dismissed the application for bail to allow prosecution enough time to investigate the case since they were only arrested yesterday.

The accused persons were subsequently remanded into Police custody to reappear on September 20.

Rev Owusu Bempah was arrested on Sunday by the Police for storming the home of converted fetish priestess Nana Agradaa with guns and other weapons.

According to the Police, the four men under the direction of Owusu Bempah assaulted Police officers who had gone to his church to effect the arrest.

In a video gone viral, the maverick preacher, who is often boastful of his relationship with the President was seen with his men, some of whom wielded guns, at the home of Agradaa threatening her to step out of her room if she was brave enough.