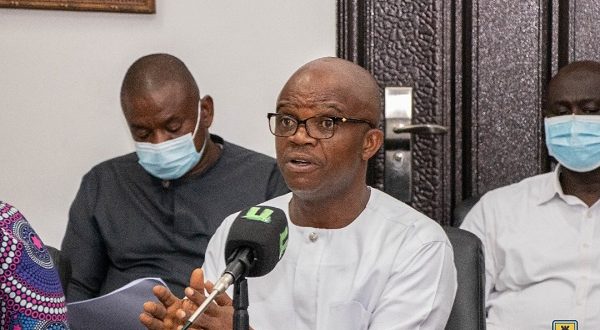 The Member of Parliament for Nhyiaeso, Dr Stephen Amoah, has said the police have tarnished his hard-earned reputation.

Earlier this month, the Ghana Police Service (GPS) announced the arrest of the Member of Parliament for flouting road traffic regulations.

Dr Amoah was arrested during a police operation around the Airport bypass to arrest drivers of V8 vehicles who were not complying with the Road Traffic Regulations.

According to a statement from the police, Dr Amoah and some V8 drivers were arrested for the offences of careless driving, dangerous driving and causing road obstruction among others.

However, speaking to Beatrice Adu on the Big Bulletin, (December, 20), Dr Amoah said he believes the police have realized that the treatment meted out to him was not right, leading to the damage of his reputation.

“It is unfortunate that they’ve tarnished my reputation, and they know that what they’ve done to me was not right and that the whole thing was blown out of proportion.

Stephen Amoah further noted that he has not yet considered the option of taking legal action against the police.