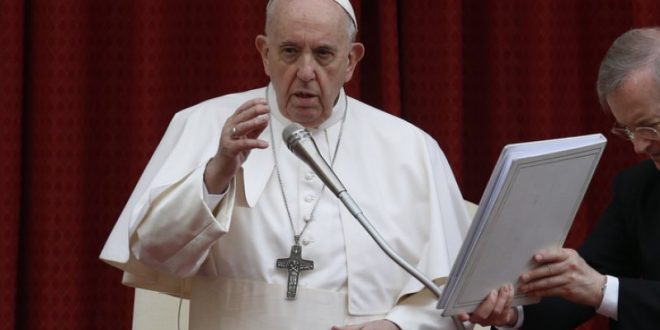 Pope Francis on Thursday rejected the resignation of one of Germany’s most influential bishops, Cardinal Reinhard Marx, who had offered to step down to accept responsibility for the sexual abuse crisis in the German Catholic Church.

Marx, the Bishop of Munich, wrote to the pope in a letter released this month saying it was “a matter of sharing responsibility for the catastrophe of sexual abuse by Church officials over the past decades.”
“I agree with you that we are dealing with a catastrophe: the sad history of sexual abuse and the way the Church has dealt with it until recently,” the Pope wrote in the letter rejecting Marx’s offer, which was published on Thursday.
“Above all: thank you for your courage,” the Pope wrote.
“Continue as you propose, but as Archbishop of Munich and Freising,” the Pope told Marx, who has been continuing his work as an Archbishop while waiting for a decision on his resignation offer.
Marx, who is a former head of Germany’s Catholic Church thanks to his role as President of the German Bishops’ Conference, does not stand accused of committing abuse himself.
With about 22.6 million members, the German Catholic Church is one of the wealthiest in the world and, to some extent, one of its most liberal.
Marx, 67, is also known as a leading advocate of reform and has called on the Church to adopt a more tolerant stance on same-sex marriages as well as accepting women into its higher ranks.
The pope seemed to give his support to Marx’s efforts in the letter, writing: “What is demanded of us is reform that – in this case – must not exist only in words, but in behaviour that has the courage to tackle this crisis.”
An abuse survivors’ association that praised Marx’s initial offer of resignation criticised the Pope on Thursday for rejecting the offer.
The “Eckiger Tisch,” an initiative of sexual abuse victims, said that “in his statements Marx had pointed to the responsibility that all Bishops have to bear – including the Bishop of Rome – for the systematic abuse and hushing up of abuse.”
By rejecting Marx’s resignation, Francis was seeking to protect himself, the group said.
By contrast, the current head of the German Bishops’ Conference, Georg Baetzing, welcomed the fact that Marx would be able to continue in his post.
The bishops would discuss the matter at their next conference, a spokesperson said.
Marx himself responded that he was surprised by the speed of the Pope’s response, and would accept the decision.
“I had not counted on the fact that he would react so quickly, and I had not expected his decision that I should continue to serve as the archbishop of Munich and Freising,” Marx said in a statement.
The Pope had set him a “huge challenge,” Marx said.