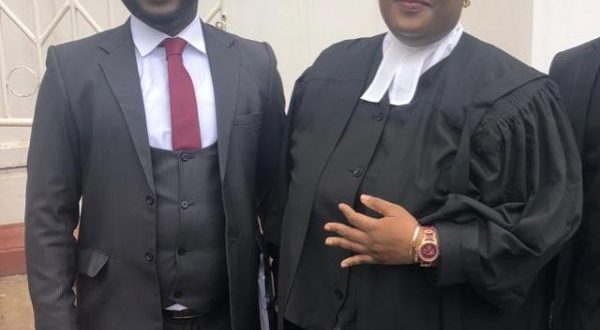 Private legal practitioner Justice Abdulai has reacted to the Supreme Court’s review of its earlier ruling on Deputy Speakers.

It may be recalled that on March 9, 2022, the Supreme Court ruled that a Deputy Speaker even when presiding over parliamentary proceedings reserves the right to vote and can be counted as part of a quorum for decision making.

Not satisfied, Justice Abdulai filed a new application praying the court to review its initial ruling insisting there was a miscarriage of justice.

However, on Tuesday, April 26, a nine-member review panel of the apex court presided over by Justice Jones Dotse ruled that the Deputy Speaker of Parliament’s participation in voting was constitutional.

Speaking to journalists after the dismissal of his application, Justice Abdulai said: “I think we have to move on as a nation. What I didn’t want was the situation where posterity will question us as to why we didn’t take this small window of opportunity that was available to us for a possible review of the decision of the Supreme Court…”

Adding “I think posterity will judge our call in the positive light that we did everything we ought to have done to get the sort of judgement that we needed but this is what the Supreme Court says and we all have to live by that.”

Speaking to the media she said: “The Supreme Court ruled that the application by Justice Abdulai is unmeritorious. I am satisfied with the ruling of the court.”