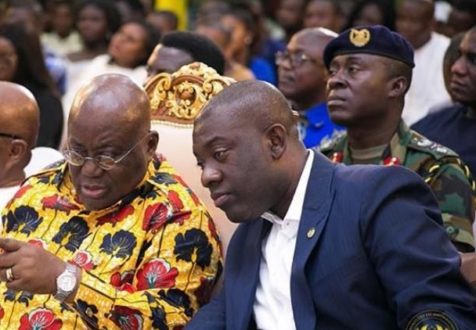 Information Minister, Kojo Oppong Nkrumah says the President of the Republic, Nana Addo Dankwa Akufo-Addo will not ignore calls for a reduction in the size of his government.

The President, on Sunday, October 30, 2022, addressed the nation on the state of Ghana’s economy.

Speaking to Ghanaians, the President assured Ghanaians that his government is working tirelessly to ensure the current economic hardship is curtailed.

“The whole world is being taken aback…economies big and small have experienced over this year alone the highest rise and cost of living over a generation,” he said.

Delineating some measures that his government is taking to resolve the economic crises, the President reiterated that there will be continuation of the policy of 30% cut in the salaries of political office holders; President, Vice President, Ministers, Deputy Ministers, MMDCEs and SOE appointees in 2023.

Also, the 30% cut in discretion expenditures of Ministries, departments and agencies remains unabated.

However, some critics say these are not enough to end the sufferings of Ghanaians if the President continues to hold the number of appointees under his administration.

They are calling for an immediate reshuffle, believing this will help streamline the economy.

Also, the founder and leader of the All Peoples Congress (APC) political party, Hassan Ayariga opines that the 30% cut in “salaries of political office holders will breed high level of CORRUPTION in your government. Because your officials will find a way of getting it from different angles”.

Speaking in an exclusive interview with host Kwami Sefa Kayi on Peace FM’s “Kokrokoo” programme Monday morning, the Information Minister assured the public that the President has heard their concerns.

“I know many people have expressed their views that the number of Ministers, Deputy Ministers and agencies are numerous, so the size should be reduced. I don’t believe the President has ignored these concerns…I don’t think the President has paid no listening ear to it because there is a number of things he is about to do”, he stated.

He was optimistic the size of government is part of the President’s considerations.