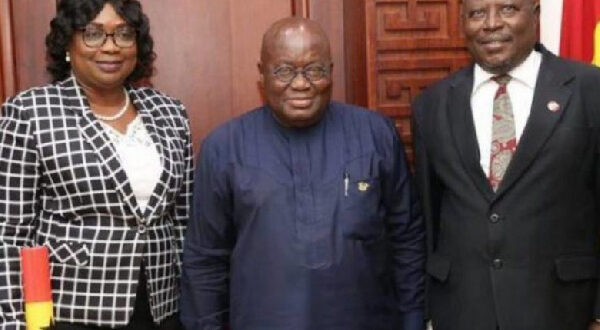 It will be recalled that on 16th November, 2020, three weeks to the December 7th Presidential and Parliamentary Elections, the then Special Prosecutor, Martin Amidu, resigned from office over what he called “executive interference” in his work as Special Prosecutor. A charge that was vehemently denied by the Presidency.

His reasons for resigning were roundly criticized by civil society actors, who maintained that the law offered him enough protection to stay in office and perform his duties without interference and that there was no clear evidence of any executive interference that should have triggered his resignation.

President Akufo-Addo accepted Mr Amidu’s resignation and directed that all that he required to facilitate his smooth transition from the Office of Special Prosecutor be afforded him.

Mr Amidu, a veteran leading member of the opposition National Democratic Congress, who rose to become vice presidential candidate and Attorney General, fell out with the Mills administration over what he described as a matter of principle over alleged executive connivance in dubious multi-million dollar judgment debts.

She has held the fort for over five months. Our checks suggest that, whiles happy to play the acting role, the experienced prosecutor has made it clear that she will not be interested in a permanent elevation.

Functions of the OSP

(c) investigation and prosecution of cases of alleged or suspected corruption and corruption related offences involving public officers, politically exposed persons and persons in the private sector involved in the commission of the offence under any other relevant law; (d) recover and manage the proceeds of corruption;
(e) disseminate information gathered in the course of investigation to competent authorities and other persons the Office considers appropriate in connection with the offences specified in paragraphs (a) and (b);

The Office of Special Prosecutor is to further: (f) co-operate and coordinate with competent authorities and other relevant local and international agencies in furtherance of the Act; and (g) receive and investigate complaints from a person on a matter that involves or may involve corruption and corruption-related offences.