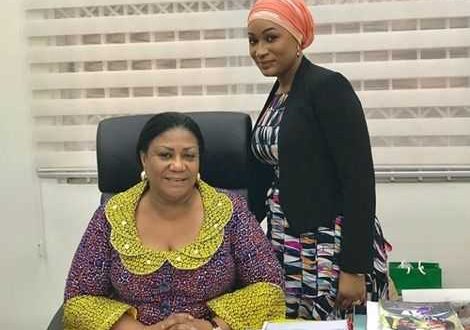 Presidential Spousal Pay: First, Second Ladies Say Thanks But No Thanks

Following public discourse on the recommendation by the presidential committee on emoluments for Article 71 office-holders (January 2017 to December 2020), that first and second ladies be paid an allowance under benefits paid to Ghanaian presidents and vice-presidents, the sitting First Lady, Rebecca Akufo-Addo, and Second Lady, Samira Bawumia, are to decline the offer, Asaase News sources say.

An inside source at the Office of the President hinted to Asaase News that the two spouses have already communicated their decision to Jubilee House.

Another source familiar with the decision of the two leading ladies says that both women, who had nothing to do with the decision to recognise their work formally with remuneration, are concerned by the public hue and cry about the report by the Professor Yaa Ntiamoa-Baidu Committee.

The source argued that they have managed to undertake numerous public engagements and extensive charity work without any established remuneration and believed the rejection should not prevent them from carrying out their various duties.

The source further said that the First and Second Ladies, who have fulfilled their supporting roles over the years without controversy, are most uncomfortable about the disturbance the policy is causing, particularly in the political space. As a result, they are unwilling to accept the structured remuneration.

The source stressed that the two spouses recognise, however, that the payments, as approved by Parliament, are for the office they hold. Consequently, they are not challenging the decision but are exercising their rights as individuals not to accept the controversial payments.

Their response also underlines the respect they have for public opinion about the use of the public purse, another source said.

The Professor Yaa Ntiamoa-Baidu Committee submitted the report of its recommendations, dated 18 June 2020, to President Akufo-Addo. This was in fulfilment of the Article 71 provision of the 1992 constitution which enjoins every sitting president to set up a committee before the end of his or her four-year mandate to make recommendations on emoluments for Article 71 office-holders.

Click the link to read the full report of the Professor Yaa Ntiamoa-Baidu Committee.

The Minority group in Parliament and the former president of the republic John Dramani Mahama have also joined in the calls for the policy to be reconsidered.

The Trades Union Congress also issued a recent statement, recommending that since first and second ladies of Ghana have no defined role under the 1992 republican constitution, the government should take another look at the report and recommendations of the Yaa Ntiamoa-Baidu-led committee.