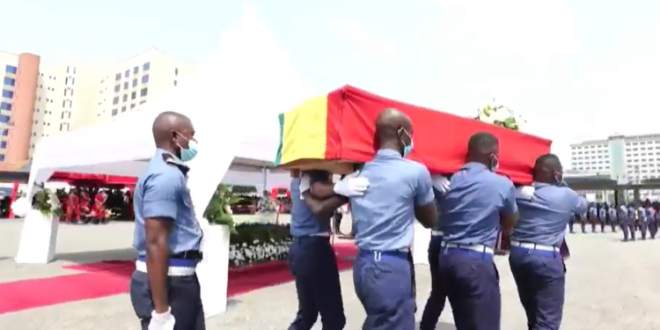 A state funeral service was held for the late National Democratic Congress stalwart at the State House on Thursday, December 22, 2022, after which a private burial service was organised for him. 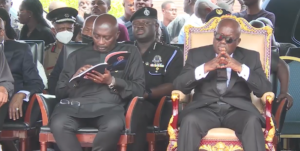 Prof. Botchwey died on November 19, 2022, at the Korle-Bu Teaching Hospital, where he was seeking medical care.

He passed on a month after celebrating his 80th birthday. 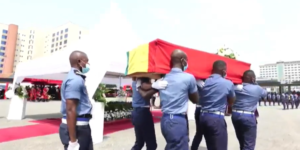 Reading a tribute on behalf of the NDC at the funeral service, NDC Chairman, Asiedu Nketiah said in spite of Prof. Botchwey’s many achievements and accomplishments, he remained humble, affable, gentle, patient to a fault and an arbiter at all levels for his Party, the NDC.

See also  Criminals Have Joined The Police Service, Re-profile All Officers Who Joined In The Last 10yrs – Security Analyst 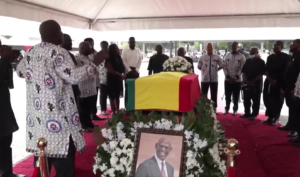 “We treasure the legacy he left behind, notwithstanding the grief and pains his family, friends and political colleagues are going through. We mourn our late brother, friend and comrade-in-arms, for he meant a lot to the umbrella family.

“Prof Kwesi Botchwey’s loyalty, selfless commitment, devotion to duty and unparalleled hard work will always remain a beacon for us to cherish and to aspire to. We take consolation in the fact that our late comrade had a purposeful and fulfilled life on earth.”

“As someone with in-depth knowledge of economics, he contributed immensely to Ghana’s economy. The late Prof. Kwesi Botchwey’s dedication to his work gained him international recognition, and he served in many international organizations. Prof. Kwesi Botchwey was a blessing to the nation Ghana, to Africa, and to the world at large, he played a major role in enhancing the economy of Ghana and Africa. His death is a very big loss to us,” he added. 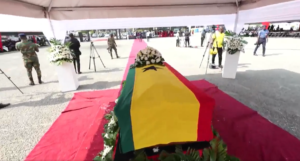 Professor Kwesi Botchwey was born on September 13, 1942, in Tamale in the Northern Region.

He was appointed by the late Jerry John Rawlings to assist in stabilising Ghana’s collapsed economy from 1982 to 1993.

He continued as Finance Minister from January 7, 1993, when Ghana returned to democratic governance and served till 1995 before his then deputy, Kwame Peprah took over from him.

The former government official was a Professor of Practice in Development Economics at The Fletcher School of Law and Diplomacy of Tufts University.

He received his secondary school education at the Presbyterian Boys’ Senior High School in Ghana.

He was on September 3, 1944, and was a member of the Council of Elders of the opposition National Democratic Congress (NDC).