Breaking News
Home / GENERAL NEWS / Radio Stations In Bawku Should be Closed Down; They Are Being Used To Fuel Violence – Security Analyst Tells Gov’t 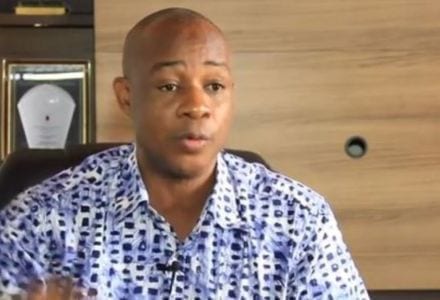 Radio Stations In Bawku Should be Closed Down; They Are Being Used To Fuel Violence – Security Analyst Tells Gov’t

A Security Analyst, Dr. Adam Bonaa has called for a closure of radio stations operating in Bawku due to the renewed conflicts in that part of the country.

In his view, people call in to radio stations to incite violence and also spew lies, hence the conflict in the area.

Speaking on the Key Points on TV3 Saturday, March 19, he said “I would wish that radio stations in Bawku to be closed down. A lot of people call in and either incite violence or spew lies.”

Meanwhile, Bawku Central Member of Parliament, Mahama Ayariga has served notice to petition the Commission on Human Rights and Administration (CHRAJ) to investigate the soldiers who allegedly shot and killed innocent people in Bawku.

In the view of Mr Ayariga, the action of the soldiers violated the human rights of the affected victims hence, his decision to petition CHRAJ.

“The development is unfortunate. I have been mounting some pressure on the Interior Minister and the Defence Minister to increase security surveillance in Bawku.

“They complied and they increased the numbers. Unfortunately, the conduct of some of the security personnel has been most unfortunate and regrettable to say, the least. Definitely, we need security in Bawku, we appreciate their presence to separate the various factions and to provide security but the conduct of some of them in the last couple of days has been most regrettable. I think that the mayhem that they unleashed on the Community three days ago, is totally unacceptable.

“I know that the lives of some soldiers were at stake but unfortunately, the reaction of the soldiers has been very highhanded. I think that we will have to look into that.

“I will personally send a complain to the CHRAJ for them to investigate the conduct of the military in the community. Lives were lost needlessly, people’s properties were destroyed, these are clear human rights violations. The fact that Military officers were shot at does not under any circumstances, give the military the moral right to attack innocent civilians, shoot at babies and kill kids.,” he said on the Key Points on TV3 with Dzifa Bampoh on Saturday, March 19.

Meanwhile, the Ghana Armed Forces (GAF) has described as “false and diversionary” claims that its personnel were on the rampage in Bawku and killing civilians.

It said in a statement on Thursday, March 17 that its personnel at 11 Mechanised Battalion with the support of the police conducted a series of cordon and search operations in Bawku and its environs in a bid to fish out armed assailants.

This operation was triggered, according to the military, as a result of renewed clashes and sporadic shooting in the border town in the past few days.

But the operation, according to GAF, resulted in an exchange of fire between personnel and some armed assailants at Sabongari, a suburb of Bawku.

In the process, one assailant died and five persons including three soldiers – two of whom have been medevacked to Accra – were injured.

Immediately, 10 suspects were rounded up and handed over to the Bawku District Police for further investigations.

The statement signed by Director of Public Relations Captain Michael Addo Larbi of the Ghana Navy explained that some of the suspects who had been hit by bullets were traced to the Akunye Memorial Hospital, where they were placed under armed guard.

Another, a woman, was sent to the Vineyard Hospital for treatment.

“Although the situation has been brought under control, the troops of 11 Mechanised remain on high alert to deal with any situation that may arise.

“The Ghana Armed Forces wishes to state categorically that these cordon and search operations have been carefully planned in accordance with the rules of engagement in order to rid the Bawku Municipality of the armed assailants engaged in the sporadic shootings.

“The allegations being circulated on social media that GAF personnel are on the rampage killing people and animals are false and diversionary and must accordingly be ignored.”

I'm Adwenpa-Hene |Blogger & Broadcaster Journalist. I am the CEO and manager of this noble website. I publish on Entertainment, Sports, Politics, Lifestyle, and Technology. You can also follow Us on : YouTube Channel - My Ghana Media TV, Facebook - MyghanaMedia TV , Twitter - @MyGhanamedia2 & Instagram - My Ghana Media TV. Email Address: [email protected] Contact Us: 0200818719
@@MyGhanamedia2
Previous Akufo-Addo: Ghana Is Not The Only Country Facing Challenges
Next “Why Is The Government Paying My Children’s School Fees? When I Didn’t Ask For It” – John Awuah Asks Akufo-Addo