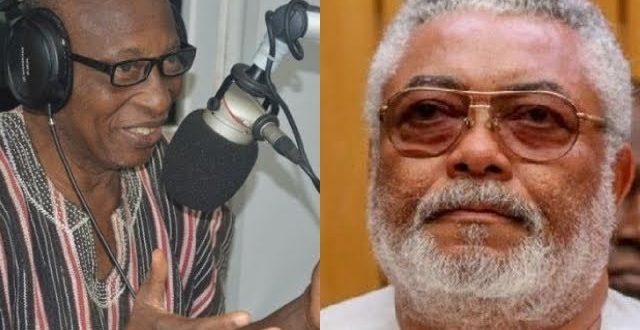 Speaking to Kojo Mensah on The Asaase Breakfast Show on Friday 4 June to commemorate the 42nd anniversary of the uprising, Boakye-Djan said Rawlings could be prosecuted posthumously for his actions in the second coup on 31 December 1981.

“He died as a walking criminal,” Boakye-Djan said.

“The fact that I built a democracy doesn’t mean that I could bear responsibility for somebody destroying it. Remember we handed power over to [Hilla] Limann…  and I left to London to do my postgraduate course and 31 December came, I was not here but on the same day I opposed it and put down my uniform to roll it back which in the end I succeeded in doing.

“Remember the rule of law we used to hold senior officers accountable to, was the same difficulty that the second takeover had put us in. That is why I use to call him a walking criminal. The fact that he is dead does not exonerate him. He can be tried posthumously if people have the nerve and sincerity that what happened was wrong and should not be encouraged,” Boakye-Djan sad.

However, Boakye-Djan said he has no regrets about the June 4 uprising despite the wide condemnation that greeted the incident.

“In fact, I have nothing to regret,” he said, adding: “You see if you consider that we took over a country in distress right… because soldiers were in charge, does the constitution allow soldiers to rule a country? So you can’t tell me that is a normal time.”

Rawlings began to hatch a political and social scheme with a growing circle of colleagues and friends who were in agreement with his plans, and at the same time read widely. This awareness-raising culminated in his first coup attempt of May 1979, followed by a successful coup d’état on 4 June 1979 in which friends and supporters freed him from jail.

Among the early actions of the new Armed Forces Revolutionary Council government were the executions of eight senior military officers, including three former heads of state.

He stood down after democratic elections that year which were won by Hilla Limann’s People’s National Party (PNP). He staged a second coup on 31 December 1981, however, ousting Limann and launching the self-styled revolution out of which his Provisional National Defence Council (PNDC) was born.

The 31 December Revolution was followed by in-camera military tribunals and a slew of extrajudicial killings, notably the murders in 1982 of three senior judges and a retired military officer.