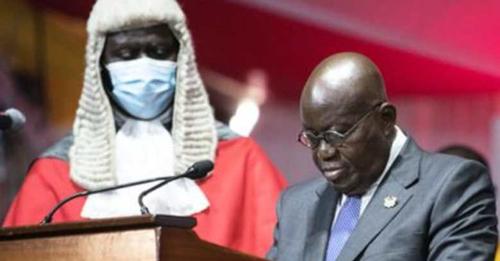 An entrepreneur has petitioned President Nana Akufo-Addo demanding the removal of Justice Gifty Agyei Addo from office as a High Court judge.

Marian O’Sullivan is accusing the Justice of abusing her office and privileges, procuring a High Court judgement based on a forged document and interference in a High Court case.

Justice Addo is one of 11 judges currently being considered by the President for appointment as a Court of Appeal Judge.

Mrs O’Sullivan, however, says she is not fit to remain a Justice of the High Court for stated misbehaviour.

She alleges that sometime in March 2022, the High Court judge sent thugs to demolish a fence wall being constructed by Mariville Homes Estate, a company the businesswoman leads.

The husband of the Judge is said to have sued Mariville Homes Estate over the land dispute but the court ruled that a site plan attached to the writ to show that the Judge owned the land could not have been prepared by the company.

The businessman contends this proves that the Judge through her husband lied to the court and hence unfit to hold office.

Per Ghana’s constitution, when the President receives such a petition, he is required to refer it to the Chief Justice, who shall determine whether, at first impression, the allegation can be accepted as true unless proved otherwise.

Where the Chief Justice concludes that as being the case, he shall set up a committee consisting of three Justices of the Superior Courts or Chairmen of the Regional Tribunals or both, appointed by the Judicial Council and two other persons who are not members of the Council of State, nor members of Parliament, nor lawyers, and who shall be appointed by him on the advice of the Council of State” to probe the matter.

This committee shall investigate and make its recommendations to the Chief Justice, who will forward this to the President.