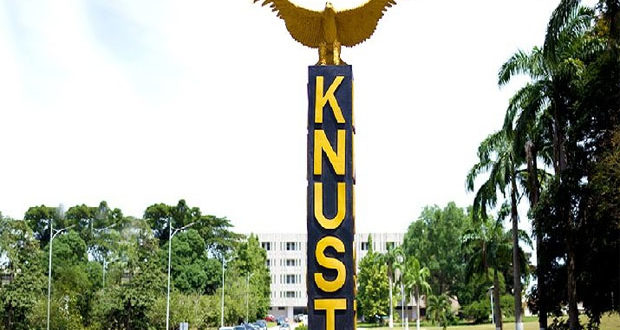 A Deputy Chief Executive Officer (CEO) of the National Youth Authority (NYA), Akosua Manu appears to have blown the cover of the authorities of Kwame Nkrumah University of Science and Technology (KNUST) over the number of alleged rape cases recorded.

According to her, the number of rape cases recorded at the public university in the Ashanti Region capital within a spate of two-week were three, contrary to the two cases reported.

Interestingly, she revealed that there is an attempt to cover up on one of the cases.

“The third incident of rape at the KNUST upsets me no end. And I say 3 because as I understand it one incident is being ‘managed’. 3 cases in 2 weeks is a PANDEMIC! We are not angry enough!,” Akosua Manu wrote on her Facebook page.

The student was reportedly gang-raped by six young men, including her boyfriend.

According to the police, the victim was gang-raped at about 11:40pm on Sunday 24th July 2022 by her boyfriend and five of his friends when she was lured to a location.

The victim said she refused, but her boyfriend kept convincing her to experience the adventure, but she refused and insisted she will only have sex with him only if she desired it.

Her boyfriend then went ahead to say he was only kidding during their conversation.

At midnight, Fosu asked the victim to accompany him to a friend’s place at a nearby hostel.

Her boyfriend allegedly lured her to a dark room, forcibly had unprotected sex with her, and invited his friend, Kingsley Asiedu Andoh who was already in the room to join.

The other suspects also joined and committed the act, according to the police.

The victim who left the scene so traumatized later informed the University authorities about the incident, after which the suspects were picked up and handed over to the KNUST District Police.

The six accused persons have been charged with rape after they admitted to the crime in their caution statement.

Names of the accused persons were given as Patrick Fosu, Edwin Nii Noi Quaynor, John Wilson, Kingsley Asiedu Andoh, Thompson Nti, and Assafuah Eric, who appeared before the Asokore Mampong District Court and were remanded into police custody.

The Head of Legal and Prosecution at the Ashanti Regional Police Command, ACP Kofi Bladgozi, prayed the court to remand the accused persons to give the police more time to investigate the matter.

Meanwhile, counsel for the accused persons, Richard Adu Darko said although his appeal for bail was not granted, he will resort to the appropriate court to secure bail.

The victim, who is currently writing her exams, is undergoing counselling and physiological care.

Police are also awaiting medical examination results from the hospital the victim was taken to, as part of the investigation.

The court, presided over by Samuel B. Quansah, adjourned the case to August 18, 2022.