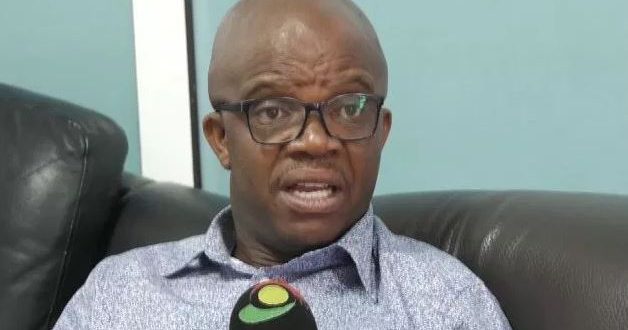 Member of Parliament for Nyiaeso, Stephen Amoah has said that reports about his arrest for an alleged road traffic offence are full of speculations.

First, the former CEO of the Micro Finance and Small Loans Centre (MASLOC), said he was unaware of the court proceedings against hence his inability to appear in court.

Secondly, he said, he was not given charge sheets by the prosecutors.

The Police indicated in a statement that the New Patriotic Party (NPP) lawmaker presented himself to court today Thursday December 9 after failing to show up on Wednesday.

“The Police this morning, Thursday, December 9, 2021, put before the La Magistrate Court, Hon. Dr. Stephen Amoah when he presented himself to the Police after failing to appear in court yesterday, Wednesday, December 8, 2021, in which a warrant was issued for his arrest.

Speaker to Okay FM’s “GHANA MONTIE with KWASI ABOAGYE on Friday December 10, he said “I was in court and they have adjourned it to January 20.“I think although what is in the public domain there are also many pieces of incorrect statements and speculations. My major concern was the bench warrant, that played a central role, very critical role.

“Then the next day you give me charge sheet, so based on what ? Thank God that the prosecutor, the Police themselves came to court today to tell the court that there was miscommunication. Because of that they had actually prayed for the warrant to be quashed . Surprisingly, that one nobody will say anything about it.

See also  Africawatch: When Are We Reading Another Exclusive On Akufo-Addo

Play the audio below:

I'm Adwenpa-Hene |Blogger & Broadcaster Journalist. I am the CEO and manager of this noble website. I publish on Entertainment, Sports, Politics, Lifestyle, and Technology. You can also follow Us on : YouTube Channel - My Ghana Media TV, Facebook - MyghanaMedia TV , Twitter - @MyGhanamedia2 & Instagram - My Ghana Media TV. Email Address: [email protected] Contact Us: 0200818719
@@MyGhanamedia2
Previous Asaase Radio Announces Departure Of Kojo Mensah From Its Flagship Morning Show
Next Let Us Improve Unpon The “Can Do Spirit” As African – Chief Executive Manager For Kantanka Automobiles