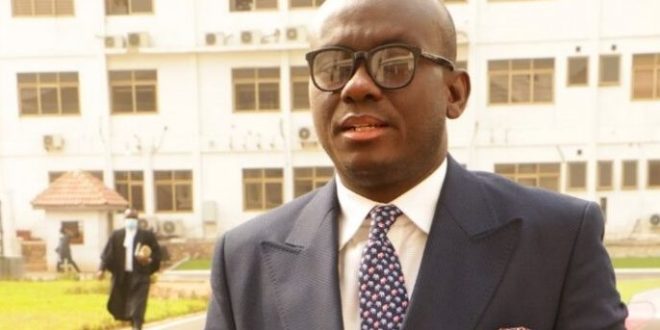 The Assembly Member for Santrokofi Gbordome in the Guan District of the Oti Region has criticised the Attorney General for suggesting that the people of Santrokofi, Akpafu, Likpe, and Lolobi (SALL) vote in the Buem Constituency.

According to Philip Adom, the Attorney General, Godfred Dame, displayed a lack of historical context in making that proposal.

“One would be careful not to go scratching old wounds,” he warned in a Citi News interview.

Mr. Adom stressed that the AG should consider the history of the area.

“History has it that somewhere in 1945 on the 28th of November, there was the killing of the linguist of Akpafu and Lolobi and this was one of the things that propelled the movement for us to break away from the Buem constituency or the Jasikan district.”

Mr. Adom further questioned why the AG did not propose the Hohoe constituency, which the people of SALL have more substantial ties to.

“Why not that of Hohoe where we have just been carved out off. So please, they can’t play NDC-NPP politics with our traditional areas,” he cautioned.

The people of SALL did not vote in the parliamentary elections but participated in the presidential polls ahead of the creation of their Guan constituency.

This led to concerns that they had been disenfranchised and do not have representation in Parliament.

Mr. Dame felt the fresh polls in Buem could address this concern.

The Buem MP, Kofi Adams, however, criticised this suggestion and described it as a joke

I'm Adwenpa-Hene |Blogger & Broadcaster Journalist. I am the CEO and manager of this noble website. I publish on Entertainment, Sports, Politics, Lifestyle, and Technology. You can also follow Us on : YouTube Channel - My Ghana Media TV, Facebook - MyghanaMedia TV , Twitter - @MyGhanamedia2 & Instagram - My Ghana Media TV. Email Address: [email protected] Contact Us: 0200818719
@@MyGhanamedia2
Previous Attorney General’s Proposal For Fresh Parliamentary Elections In Buem ‘A Joke’ – Kofi Adams
Next We Must Open Up Against Limiting Women To Only The Kitchen- Hon. Abena Osei Asare.