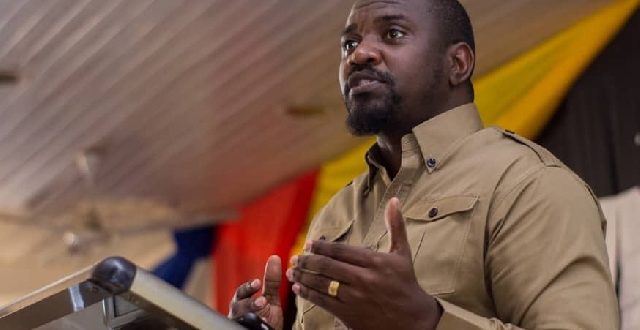 Actor, politician and businessman John Dumelo has agreed with the public opinion that some benefits attending the Member of Parliament office in Ghana should be scrapped.

He cited fuel allowances given to MPs as one.

He first noted some benefits, it appeared, he thinks should be maintained.

“For the V-8 cars, they buy it themselves. It’s a loan they take and they pay back.”

Dumelo referred to a conversation he had with an unnamed MP.

“The last time, I was speaking to an MP, I learned his take-home pay is about GHS2,000 because they are debited due to the loans taken.”

“So as for the vehicles and some others, I feel that it is a loan that they are paying,” he added.

See also  2022 Business And Leadership Summit To Take Place In Accra; John Dumelo, lawyer Sosu And Others To Attend

State-funded security is the other benefit he spoke about.

“For personal security, we’ve had instances where MPs were attacked in this country, and so I feel that they also need some form of security. That’s understandable because they are the people who create the laws. So yes, when it comes to security that’s fine.”

Having said that, the former Ayawaso West Wuogon constituency Member of Parliament aspirant shared that, “When you’re talking about fuel and the others, then the scrapping has to start from the top.”

He even believes the scrapping of some of these incentives should go beyond the office of the Members of Parliament.

“Let’s start right from the presidency, down to the district chief executive and to the municipal chief executive, and everybody else in that political ladder, so that we know that we are scrapping the free fuel or we’re reducing the percentage or the amount of fuel that we give to political appointees,” he explained.

Some incentives that attend the Member of Parliament office in Ghana are: special allowance, duty allowance, entertainment allowance, wardrobe allowance and forty-five gallons of fuel per week.

Aside this, they are entitled to furnished accommodation, two cars (SUV and Saloon), a chauffeur, a cook, a gardener, a steward, security guard and a police escort.

Some members of the Ghanaian public hold the view that some of these benefits shield their parliamentary representatives from economic hardships they face as constituents, daily.

They argue, perhaps, after the repealing of these benefits, MPs will be forced to discharge their duties excellently for the relief of all citizens including themselves.

John Dumelo, who still desires the MP position after the 2016 let-down, has not mentioned if he’ll compete in a constituency in Accra, or his hometown as rumours have it, come 2024 during the general elections in Ghana.

Also, becoming a politician has not taken him away from the movies. He’s in a 2022 film premiering on Saturday, 10 September, 2022.

Titled ‘All or Nothing’, he co-stars with Salma Mumin and Adjetey Anang.

I'm Adwenpa-Hene |Blogger & Broadcaster Journalist. I am the CEO and manager of this noble website. I publish on Entertainment, Sports, Politics, Lifestyle, and Technology. You can also follow Us on : YouTube Channel - My Ghana Media TV, Facebook - MyghanaMedia TV , Twitter - @MyGhanamedia2 & Instagram - My Ghana Media TV. Email Address: [email protected] Contact Us: 0200818719
@@MyGhanamedia2
Previous We Were Elected To Solve Problems; Gov’t Has Tackled A Number Of Them – Dr. Bawumia
Next Odike To Kumasi Traditional Council: Nullify Banishment Before I Can Come And Apologise