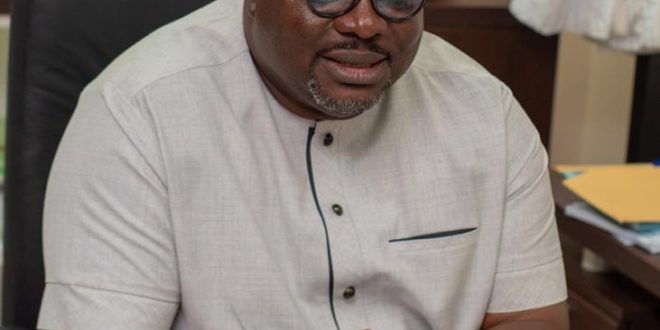 Member of Parliament for Atwima Kwanwoma Constituency who also doubles as Deputy Minister of Defence, Kofi Amankwa Manu, has given assurance that the country’s security forces are on high alert against any terrorist activities.

He has, therefore, urged the citizenry to go about their duties without any fear.

The deputy minister disclosed that President Akufo-Addo’s administration has properly equipped the security agencies to defend citizens easily against any terrorist group.

“The government has provided the needed logistics and modern equipment to the security agencies, including the military and the others, so they are on top of the security situation.

“Nobody should panic because our security agencies, who are professionally trained, will fight and defeat any terrorist group that will set foot in our country,” the minister assured.

Amankwa Manu, who is also the Member of Parliament (MP) for Atwima Kwanwoma Constituency, was reacting to reports that terrorists were planning to strike Ghana on Akoma FM.

The Deputy Defence Minister debunked wild reports that some terrorists groups have already entered the borders of the country and they were planning to strike very soon.

“Don’t be afraid because no terrorist group has entered our country as is being speculated,” he stated categorically, adding, “Ghana, however, is on alert after terrorist attacks in neighbouring Togo.”

He said it is true that terrorist groups have been operating in neighbouring countries lately, but the security agencies are always on the alert to deal with any insurgents.

“Terrorists groups want to get access to the sea as their recent attacks clearly shows, but I have strong confidence in our security agencies to crush any insurgents,” the minister said.

Amankwa Manu, however, appealed passionately to the citizenry to support the security agencies, so that terrorists groups would not get the chance to enter the country and cause mayhem.

“Henceforth, every Ghanaian should be on the lookout, and report any suspicious person in your communities for the police to arrest them on time,” he advised, adding “we should also avoid crowded areas.”