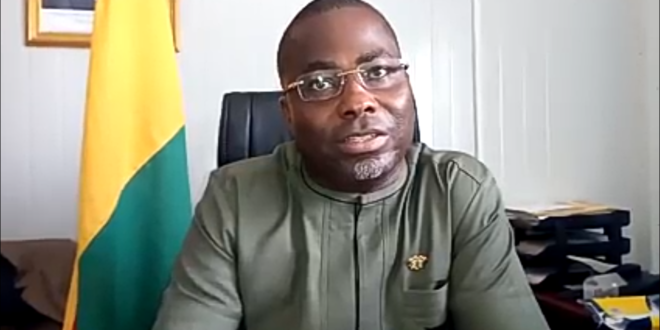 The Special Prosecutor says it has finalized investigations into two cases of corruption the office was handling.

This involves allegations of the use of public office for profit against former Secretary of the erstwhile Inter-Ministerial Committee on Illegal Mining (IMCIM), Charles Bissue.

The other has to do with that the suspected corruption and corruption-related offences in the award of a contract by the Northern Development Authority (NDA).

In October 2022, the Office of Special Prosecutor initiated a probe against Charles Bissue into his role at the IMCIM, following an investigative documentary titled Galamsey Fraud Part I, published by Tiger Eye P.I.

The Office was also investigating the Northern Development Authority over a contract it awarded to A&QS Consortium Limited for consultancy services under the Infrastructure for Poverty Eradication Programme (IPEP), especially in respect of the quantum of the contract sum.

But in the OSP’s half-year report from August to December 2022, it said, investigations into these two matters have been concluded.

“The Special Prosecutor or an authorised officer will issue directives and further action on the concluded cases in due course”.

In the meantime, 120 other cases are at the doors of the Special Prosecutor currently being looked into.

These cases are at various stages of consideration and will be made public if the Office determines they are within its mandate and be moved beyond the preliminary level of investigation.

“This is a policy intended to protect the privacy of individuals and the business operations of institutions and companies, and to avoid unnecessary stigmatization”, the report added.

Cases still under investigation include the alleged bribery by Airbus SE, a European multinational aerospace corporation, in respect of the sale and purchase of military aircraft for the Republic of Ghana.

Other named high-profile cases are the investigation against the Bank of Ghana over the banking and financial sector crisis, and allegations of attempted bribery of Members of Parliament by an unnamed wealthy businessman.

The rest are the alleged improper acquisition of state-protected land at the Achimota Forest enclave and the Sakumono Ramsar site by the deceased former Chief Executive of the Forestry Commission, Kwadwo Owusu Afriyie and an investigation in respect of suspected corruption and corruption–related offences in respect of the recruitment exercise of Course 51 of Cadet Officers Training at the Ghana Police Academy.

See also  Special Prosecutor: I Don’t Think We Are Ready To Fight Corruption

I'm Adwenpa-Hene |Blogger & Broadcaster Journalist. I am the CEO and manager of this noble website. I publish on Entertainment, Sports, Politics, Lifestyle, and Technology. You can also follow Us on : YouTube Channel - My Ghana Media TV, Facebook - MyghanaMedia TV , Twitter - @MyGhanamedia2 & Instagram - My Ghana Media TV. Email Address: [email protected] Contact Us: 0200818719
@@MyGhanamedia2
Previous Myself And The NPP Are Grateful For Your Support  – Sir John To Atwima Nwabiagya South Folks
Next Ashanti Regional NSS Boss Handed Two Months Suspension Without Pay