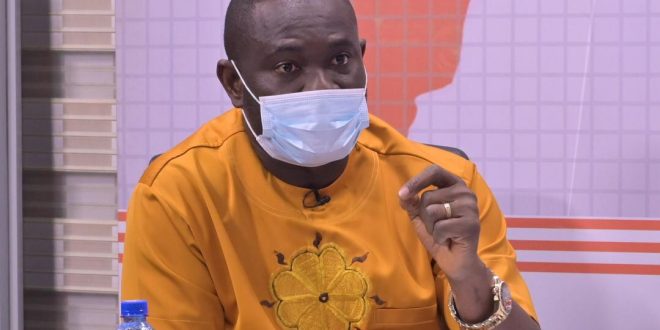 Deputy Minister of Finance, John Ampontuah Kumah, says comments made by the Executive Director of the Economic and Organised Crimes Office (EOCO), Maame Tiwaa Addo-Danquah, concerning the viability of charges leveled against Menzgold and its CEO, Nana Appiah Mensah, do not reflect the position of state prosecutors on the case.

Maame Tiwaa Addo-Danquah at a forum had stated that it is becoming difficult to find evidence to prosecute Nana Appiah Mensah a.k.a NAM1 due to the lack of relevant laws to support the case.

The EOCO boss said “An example is the Menzgold case. Which law, which Act did he break? And it is becoming difficult even prosecuting that case because no law will define the offence.”

However, reacting to the statement, John Kumah noted that the state is still pursuing its prosecution of NAM1 and Menzgold.

He stated that the Attorney General’s office has not in any terms indicated any difficulty proceeding with the prosecution of NAM1.

“First of all, let me just put it out there that the Attorney General has not come out with nay statement on the prosecution status of Menzgold, and so a comment by the Executive Director of EOCO does not represent the position of the prosecutors in this matter. So we need to put that clear,” he said.

NAM1 is facing 14 charges of money laundering, stealing, taking deposits without authority, defrauding by false pretenses, abetment of crime, sale of minerals without license, carrying on a deposit without license amongst others.

According to John Kumah, the government is committed to seeing the case to its final conclusion in court.

“As far as government is concerned we think that the matter is in court. We have heard the difficult painful stories of customers and victims of Menzgold, but sometimes if you can recall, when government decided to intervene in this illegality, the posture of the same customers and victims and how they even fought against government not to interfere and leave NAM1 alone and they trusted that he’ll deliver and come and pay them.

“So some of these things we have gone a full haul to get to where we are but as far as government is concerned the prosecution is going on,” he said.

I'm Adwenpa-Hene |Blogger & Broadcaster Journalist. I am the CEO and manager of this noble website. I publish on Entertainment, Sports, Politics, Lifestyle, and Technology. You can also follow Us on : YouTube Channel - My Ghana Media TV, Facebook - MyghanaMedia TV , Twitter - @MyGhanamedia2 & Instagram - My Ghana Media TV. Email Address: [email protected] Contact Us: 0200818719
@@MyGhanamedia2
Previous Freddie Blay To Majority Caucus: You Cannot Remove Adwoa Safo As MP; She Deserves A Fair Hearing
Next This Is The Most Difficult Time To Defend Gov’t – MP For Bongo