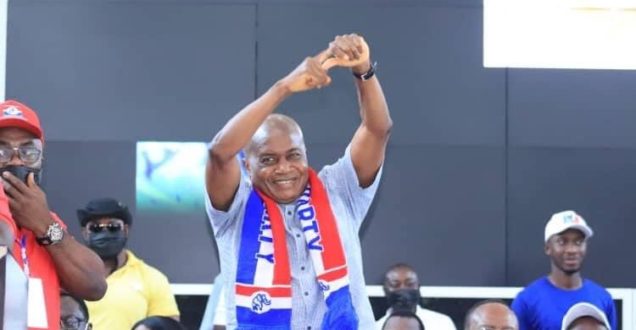 Stephen Ayensu Ntim has been elected as the new National Chairman of the New Patriotic Party (NPP) at the just-ended National Delegates Conference of the party.

He polled 4,014 votes to beat his contenders.

Mr. Ntim has contested for the position on four previous occasions. The just-ended conference is his fifth time of trying.

He however served as the party’s first Vice Chairman between 2001 and 2005.

In 2005, Mr. Ntim lost to Peter Mac Manu, who was President Akufo-Addo’s campaign manager in the 2016 polls.

His second contest in 2010 ended in a loss to the late Jake Okanta Obetsebi-Lamptey and another loss to Paul Afoko in 2014.