Breaking News
Home / ENTERTAINMENT / Stonebwoy: Fix The Country And We’ll All Be Fixed 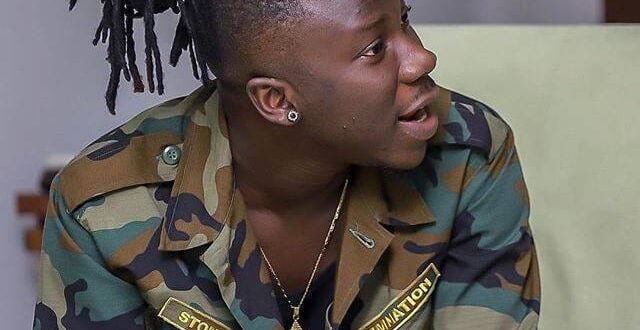 Stonebwoy: Fix The Country And We’ll All Be Fixed

The dancehall artist Stonebwoy has endorsed the social media clarion call #FixTheCountry, aimed at putting pressure on government officials to be more proactive in addressing lapses in Ghana’s social and economic development.

A few weeks ago, a section of Ghanaians took to social media to protest over what they describe as “bad governance and the high cost of living”.

The start of the protests followed an increase in prices for fuel, liquefied petroleum gas (LPG), data and phone calls.

Speaking with Naa Ashorkor on Between Hours on Asaase Radio (Monday 17 May 2021), Stonebwoy said that at every stage in a country’s history, activism plays an important role in bringing about the change citizens desire.

According to him, #FixTheCountry is nothing new, but a continuation of what political activists, including President Nana Addo Dankwa Akufo-Addo, have been championing over the years.

Something must be done

“It’s a go for me. From the time of Kume Preko days when we were all small boys … that was how far activism for a better Ghana has always been,” the Baafira hitmaker said.

“From the time J J Rawlings did a number of coups, that has been part of the quest for a better Ghana. It has all been ‘Fix Ghana’ till today and we’re still fixing Ghana.”

However, the Go Higher singer said he is not in favour of a counter-campaign dubbed #FixYourself, because that is inimical to nation-building.

“Just like everybody else supports it that Ghana needs to be fixed, my point is that it’s not like nothing has been done at all, but it has to be done,” Stonebwoy said.

That #FixYourself hashtag came about to oppose #FixTheCountry and I do not buy that idea. When the country is fixed, we shall all be fixed.”