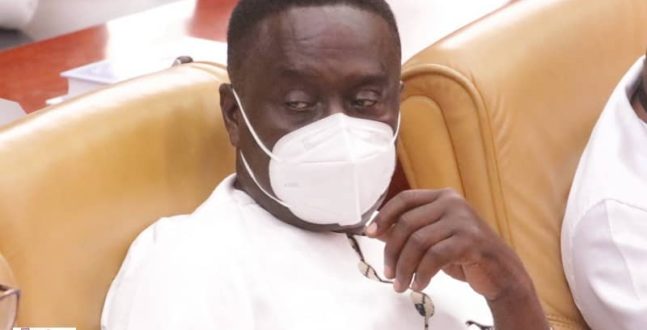 The Supreme Court has restrained James Gyakye Quayson from holding himself as the Member of Parliament for the Assin North constituency.

Mr. Quayson was restrained in a ruling delivered by the Supreme Court on Wednesday, April 13, 2022.

This decision was taken in a petition brought before the Supreme Court by Michael Ankomah-Nimfa, a resident of Assin Bereku in the Central Region.

Mr. Ankomah-Nimfa had earlier secured a judgement at the Cape Coast High Court overturning the election of Mr. Quayson as null and void but the embattled legislator ran to the Court of Appeal to have the decision set aside.

Mr. Ankomah-Ninfa is challenging the eligibility of Mr. Quayson as the MP for Assin North following allegations that he held dual citizenship prior to contesting the MP position.

Although the Court of Appeal dismissed his case, Mr. Quayson subsequently went to the Supreme Court to have his issue resolved.

Michael Ankomah-Nimfah also dragged the issue to the Supreme Court to seek interpretation of Article 94(2)(a) of the 1992 Constitution.

In the same case, Michael asked the apex court to place an injunction on Mr. Quayson from holding himself as the MP for Assin North until the final determination of the case.

In his statement of case, Mr. Quayson insisted that he had renounced his Canadian citizenship before contesting the Assin North parliamentary seat.

Mr. Quayson had asked the Supreme Court to declare the petition as frivolous, vexatious and an abuse of the court processes.

“This court should, with respect, not allow any litigant to act in such bad faith and engage in blatant forum shopping in instituting a new action for the determination of a matter already before another panel of this Court and also pending before other lower courts. The Plaintiff, while urging the panel of the Supreme Court before whom 1st Defendant’s application to quash the decision of the Court of Appeal, Cape Coast, and for the Supreme Court to refer to itself the interpretation of Article 94(2)(a) of the Constitution was pending, rot to make the reference, issues a new writ to be put before another panel of the court.”

“This is unacceptable forum shopping, and it would set a dangerous precedent if such conduct should be countenanced by this court. The writ filed invoking the original jurisdiction of the Supreme Court is simply an abuse of the process of court. Plaintiff is not engaged in a genuine quest for an authoritative interpretation from this court of a constitutional provision. Rather, under the guise of an invocation of the original jurisdiction of this court he is seeking reliefs which are the subject matter of the pending suits in the lower courts, as well as this court. What Plaintiff is seeking in the election petition that he instituted against the 1st Defendant is clearly the process that this court ought to have him continue pursuing as against this new suit,” Mr. Quayson added in the statement of case dated April 12, 2022.

See also  Election Petition: Don’t Give Up, We Know What We Are Doing – Sammy Gyamfi To NDC Supporters Over Dismissed Applications
Source: Citinewsroom
Disclaimer: MyGhanaMedia is not responsible for this report and its content. There are four types of content published on MyGhanaMedia daily: curated content; syndicated content; user-generated content; and original content.

I'm Adwenpa-Hene |Blogger & Broadcaster Journalist. I am the CEO and manager of this noble website. I publish on Entertainment, Sports, Politics, Lifestyle, and Technology. You can also follow Us on : YouTube Channel - My Ghana Media TV, Facebook - MyghanaMedia TV , Twitter - @MyGhanamedia2 & Instagram - My Ghana Media TV. Email Address: [email protected] Contact Us: 0200818719
@@MyGhanamedia2
Previous  Hearts of Oak Midfielder, Sulley Muntari Dragged To High Court  By An Italian Businessman
Next Ghanaians Will Be In Danger If The National Security Minister Goes Mute – Prof Gyampo 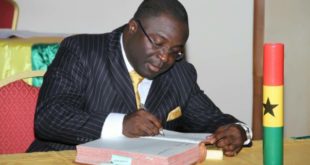 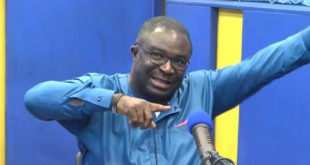