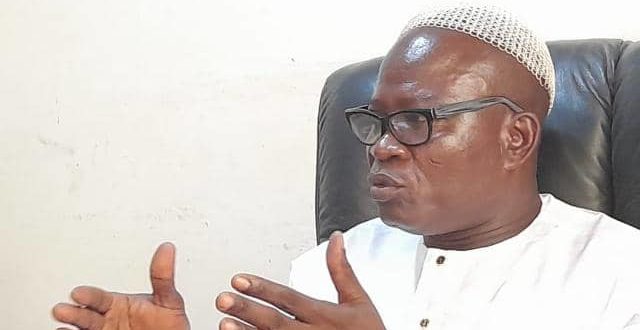 Supreme Court Ruling: Go Back To Your Lecturers – Nkwanta North DCE To Minority.

The District Chief Executive for Nkwanta North District of the Oti Region, Hon Nawungma Kidignang William , says Justice has spoken and the Supreme court has well interpreted the laws of the country, in it ruling on the voting of the rights of the Deputy Speakers.

According to the DCE, Minority in parliament consisting numbers of Lawyers who has practice Law and in the Ghana Bar for years couldn’t understand a simple phrase of the constitution, adding that they need to go back to their lecturers to upgrade.

In an interview with Evans Manasseh of Otixpres on his takes regarding to the ruling of the Supreme court.

” The constitution was clearly interpreted by the Highest Court of our motherland, if the Minority don’t understand I think they should go back their lecturers or maybe we should organize an extra classes for them”

Quoting the Article 102, 104 of the of the 1992 constitution, explaining that, the Deputy Speakers, when they are presiding have all and equal right to participate in the vote of the house.

The DCE noted that, the minority’s perception on the the supreme court has always been negative and that’s what keeps hunting them anytime the truth comes out.

The apex court on Wednesday, ruled that a “Deputy Speaker is entitled to be counted as a member of Parliament for quorum” and can as well “vote and take part in the decision of parliament.”

November last year, Mr Osei-Owusu counted himself as an MP, enabled the Majority in Parliament to form the right quorum under Article 104(1) in order to pass the 2021/2022 budget.

By this ruling, the Supreme Court has affirmed and legitimized the approval of the 2022 Budget passed in the absence of the NDC Minority Caucus on November 30, 2021.

Presided over by Justice Jones Dotse, the court also struck down Order 109(3) of the Standing Orders of Parliament as unconstitutional.

A lawyer and law lecturer, Justice Abdullai filed a case against the Attorney General calling on the Supreme Court to interpret Articles 102 and 104 of the 1992 Constitution and declare the action of Mr Osei Owusu as unconstitutional.

He had also wanted the Supreme Court to declare the whole proceedings in Parliament on November 30, 2021, which led to the passage of the 2022 budget as unconstitutional insisting the Deputy Speaker should not have counted himself as an MP when he presided over proceedings.

However, the Attorney-General (A-G), Mr Godfred Yeboah Dame, in a defence on behalf of the state, argued that there is no express provision in the 1992 Constitution that stopped a Deputy Speaker presiding over proceedings from voting or counting himself as part of MPs present in order to form the right quorum.

See also  No ‘Aboboyaa’ On Highways From November 1

The plaintiff was of the view that the 1992 Constitution did not allow a person presiding over proceedings in Parliament to have an original or casting vote, or to be part of a quorum.

I'm Adwenpa-Hene |Blogger & Broadcaster Journalist. I am the CEO and manager of this noble website. I publish on Entertainment, Sports, Politics, Lifestyle, and Technology. You can also follow Us on : YouTube Channel - My Ghana Media TV, Facebook - MyghanaMedia TV , Twitter - @MyGhanamedia2 & Instagram - My Ghana Media TV. Email Address: [email protected] Contact Us: 0200818719
@@MyGhanamedia2
Previous U-20 Women’s World Cup Qualifier: Black Princesses Off To Addis Ababa For Ethiopia Game
Next MTN FA Cup Management Committee Announce Dates, Venues And Full Fixtures For The Round Of 16 Matches 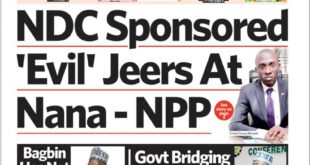