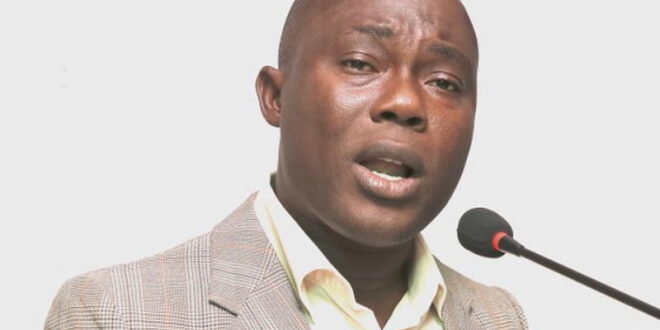 Outspoken University of Ghana lecturer, Professor Ransford Gyampo, says teachers in the country are scared to publicly speak about challenges confronting the Free SHS programme out of fear of victimization.

According to him, concerned teachers will rather speak to parents privately about the challenges of the programme.

His comments come in the wake of the national conversation over the perceived culture of silence following the public address by statesman and business magnate, Sir Sam Jonah.

Professor Gyampo, speaking in a radio interview, said even though he sometimes receives threatening text messages, he does not believe they are enough to gag.

See also  You Were Gossiping With Domelevo – Adom-Otchere Chastises CSOs

“The free SHS has been saddled with so many challenges and you hear teachers talking. If you’re a parent and you’re close to them, they’ll talk to you about it. But when you ask them to voice it out, they’ll tell you that when they do, they’ll be transferred”.

He however argued the ‘culture of silence claim’ should be viewed holistically.

“I don’t know if there’s any vociferously political critic who has been asked to shut up. Even me, I’m still talking. You might receive threatening texts here and there. I believe on this issue we must try and present a holistic picture. Generally, I think a few Ghanaians who have spoken their minds haven’t been gagged just that they receive text messages from cowards”.

Dr. Jonah has in a recent address sparked conversations over what he termed the creeping culture of silence in the country.

“What is baffling is that those who used to have voices on these things seem to have lost their voices. People speak on issues based on who is in power. Is our deafening silence suggesting that we are no longer concerned about issues that we complained about not too long ago, particularly when those issues persist….. The molestation of and in some cases assassination of journalists, murder of MPs, corruption, the harassment of anti-corruption agents”.

I'm Adwenpa-Hene |Blogger & Broadcaster Journalist. I am the CEO and manager of this noble website. I publish on Entertainment, Sports, Politics, Lifestyle, and Technology. You can also follow Us on : YouTube Channel - My Ghana Media TV, Facebook - MyghanaMedia TV , Twitter - @MyGhanamedia2 & Instagram - My Ghana Media TV. Email Address: [email protected] Contact Us: 0200818719
@@MyGhanamedia2
Previous Retract And Apologies For Your Scandalous And Shallow Comment – Atiwa Yourth To Kate Gyamfuah
Next J.B. Danquah Murder Trial: Judge Threatens To Slap Journalists With Contempt