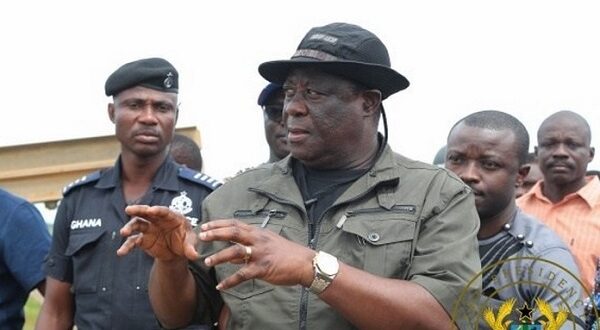 The Ministry of Roads and Highway wants Ghanaians to ignore claims by the Minority in Parliament that the Ministry failed to follow due process in the award of the Accra – Tema Motorway expansion contract.

The Minority had accused the Roads Minister, Kwesi Amoako-Atta, of flouting the constitutional provision which requires international business and economic transactions to be ratified by Parliament by sidestepping the House in the contract award under the cloak of approval from the Public Procurement Authority.

Addressing the media on Wednesday, August 11, 2021, Ranking Member on Parliament’s Road and Transport Committee, Governs Kwame Agbodza indicated that the contract as it stands is illegal and not binding on Ghana.

The Adaklu MP thus demanded the abrogation of the contract between the government of Ghana and Mota Engil.

He also argued that Ghanaian contractors should be given the project to handle since they have the capacity to execute the project.

Responding to the issues raised by the Minority on Eyewitness News, the Public Relations Officer of the Roads Ministry, Nasir Ahmad Yartey said the government has not yet signed any contract to that effect.

“We are not going to commence any project for now. When we are ready with the financial contract, it will first go through Parliament for approval. The Ministry is a very responsible one and will do everything according to the law,” he assured,

He said the project is expected to commence in December this year.

It thus requested all stakeholders to support the project that is expected to benefit the entire country.

Meanwhile, the Association of Road Contractors has welcomed calls for the contract to be given to local contractors.

Similar concerns were raised about the $570 million Accra-Tema Motorway expansion contract in January 2021.

The Ministry of Roads and Highways at the time said the concerns raised by the Minority caucus do not “represent the accurate status of the contract”.

*447*714#
b) Enter Nominee Code
Categories Code Below:
i. Blogger Of The Yeah Code : ER5
ii. Program Producer Of The Year Code: ER113
iii. Male Presenter Of The Year Code: ER24
Nominee Name: Mensah Francis
NB: Please 2 categories has be targeted Blogger & Program Producer of the year .
C) Enter Numbers Of Votes:
Then follow The Prompt To Confirm Payment From Momo account.
Per vote cost 50ps and you can vote as many times you want.
Please if you can’t go through the process and you want to support then please contact the number below.
Thanks for your support for making this dream to come to pass.
contact:  0200818719
See also  Rev Owusu Bempah Denied Bail; Remanded In Police Custody