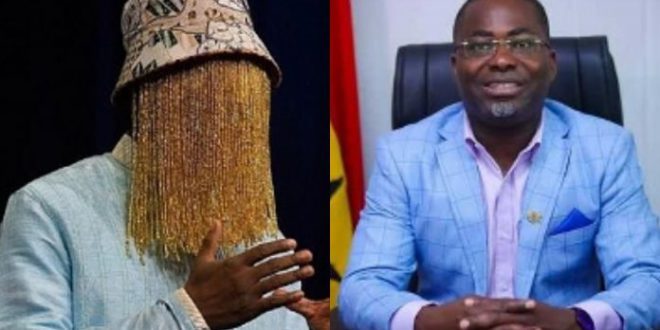 Mr. Bissue is saying a documentary carried by the investigative firm –Galamsey Fraud Part 1 –with audiovisual evidence to authenticate his involvement in galamsey activities and bribe taking is false. He says it was only a ploy to tarnish his image.

Mr. Bissue has involved in a series of damage control after the NDC stated he is among persons they will prosecute for galamsey when they next assume power.

In his rounds of defense, the then secretary to the IMCIM says the CID has absolved him of all allegations and claims by the NDC are mere propaganda.

According to a release issued by Anas Aremeyaw Anas’s TigerEye Pi, Mr. Bissue’s claims that the investigative firm approached him for a ransom to drop the piece about him is a falsity.

The Pi firm says Mr. Bissue has asserted the documentary was shown to tarnish his image after failing to give them the sum they demanded.

But the October 6, 2022 release from TigerEye says they adopted the ‘Anas Principle’ on two occassions to pay bribe to Mr. Bissue to grant them access to mine illegally, whilst his mandate was rather to protect the environment as secretary to the IMCIM.

Read the full release from TigerEye below: 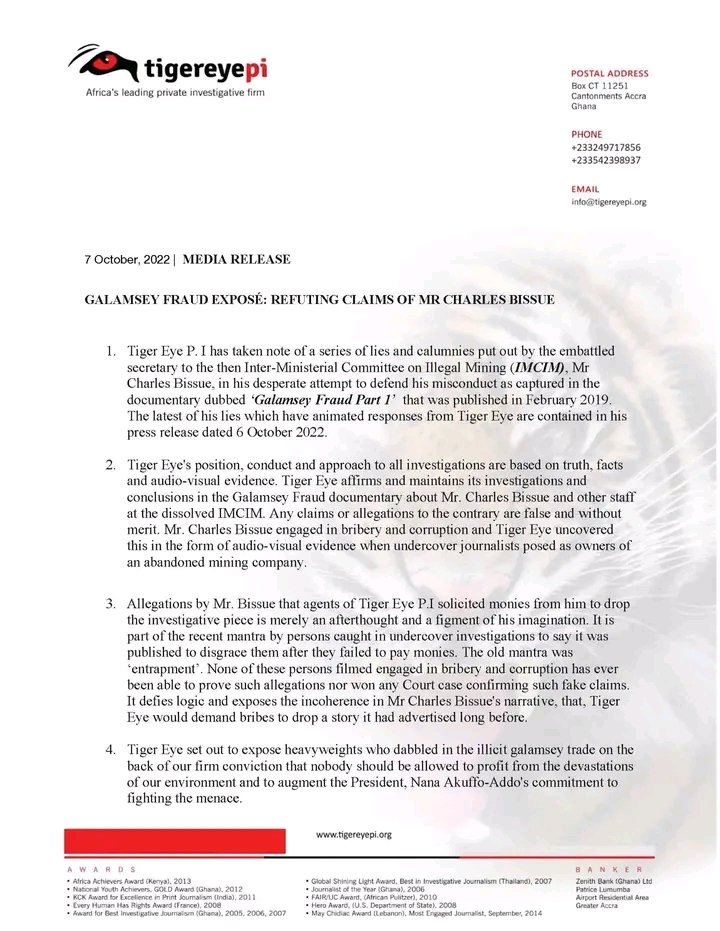 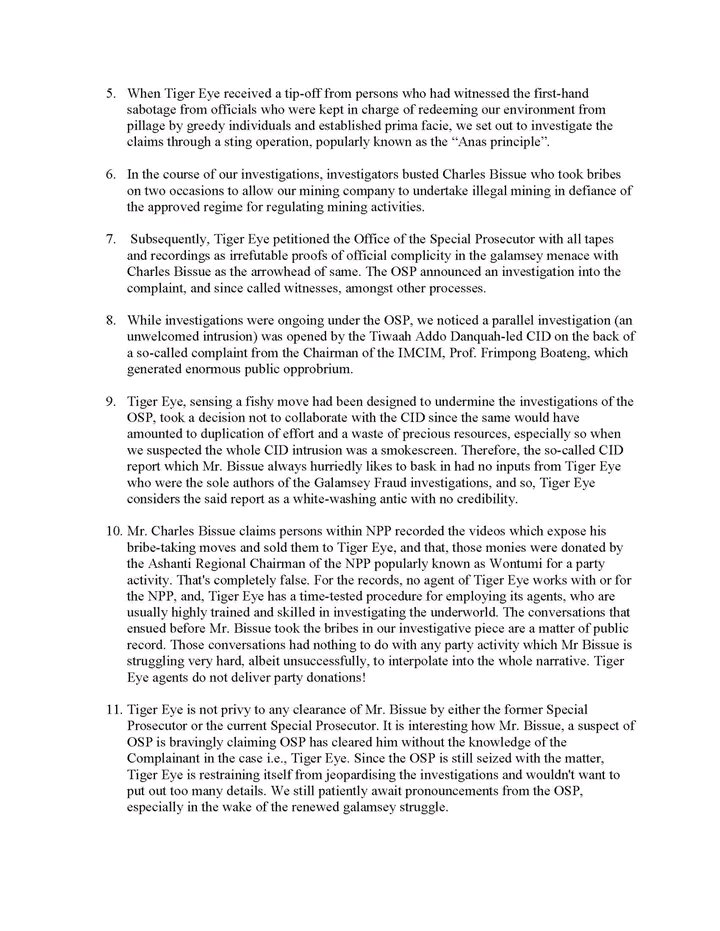 I'm Adwenpa-Hene |Blogger & Broadcaster Journalist. I am the CEO and manager of this noble website. I publish on Entertainment, Sports, Politics, Lifestyle, and Technology. You can also follow Us on : YouTube Channel - My Ghana Media TV, Facebook - MyghanaMedia TV , Twitter - @MyGhanamedia2 & Instagram - My Ghana Media TV. Email Address: [email protected] Contact Us: 0200818719
@@MyGhanamedia2
Previous GETFund Clarifies Number Of Completed E-block Projects
Next Akyem Aboabo Folks To NPP-Gov’t : We Will Stop All Your Political Campaigns In 2024